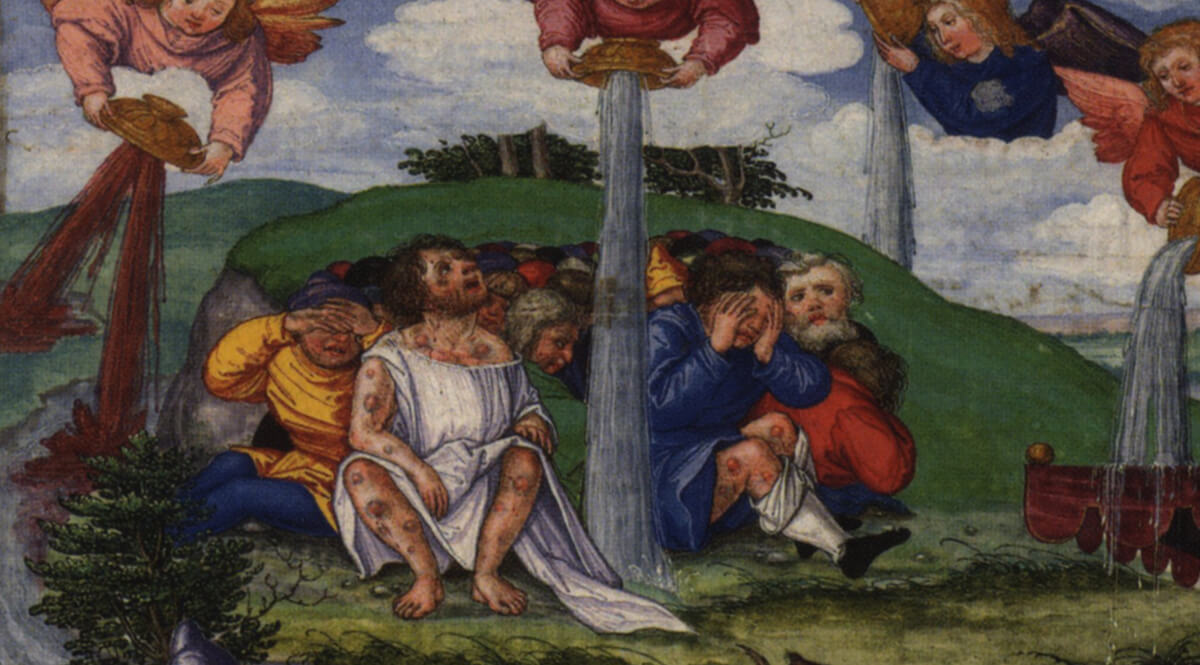 This entry is part 22 of 28 in the series Revelation

And I heard a great voice out of the temple saying to the seven angels, Go your ways, and pour out the bowls of the wrath of God upon the earth. And the first went, and poured out his bowl upon the earth; and there fell foul and evil sores upon the men who had the mark of the beast, and upon them who worshiped his image. And the second angel poured out his bowl upon the sea; and it became as the blood of a dead man; and every living thing died in the sea.

Well, the Bible tells us that God is slow to anger; it does not tell us he will never get angry, it would seem there are limits. This is the sixteenth chapter of Revelation. It comes after a long history of human abuse, of man’s cruelty to man, of man’s destruction of the earth, of his own environment, of the foulest evils of man, and finally, finally, at long last God moves.

What could justify God’s anger? What could be done that would warrant this terrible punishment? Isn’t God a kind God? Isn’t he patient? Isn’t he loving? How is this consistent with a merciful and loving God, that he would have his wrath and that he would pour out this wrath upon people, and upon mankind? People want to know. This is one of the most common questions I get asked. How could a kind and loving God allow this to take place?