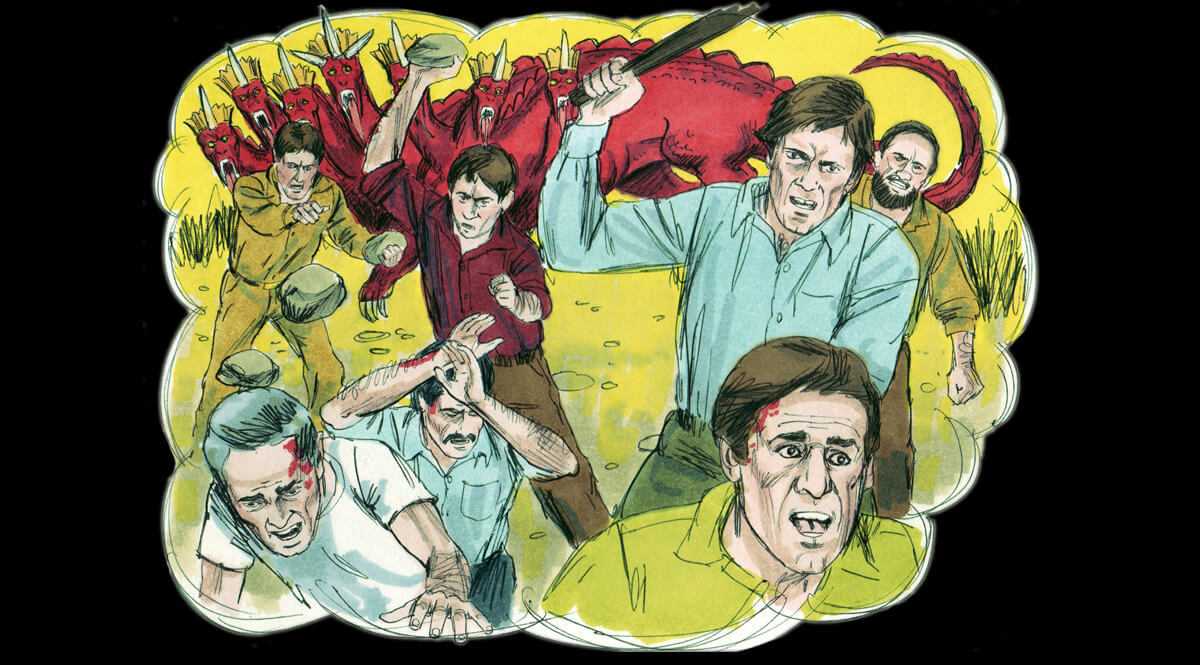 This entry is part 18 of 28 in the series Revelation

1 And I stood upon the sand of the sea, and saw a beast rise up out of the sea, having seven heads and ten horns, and upon his horns ten crowns, and upon his heads the name of blasphemy.
2 And the beast that I saw was like unto a leopard, and his feet were as the feet of a bear, and his mouth as the mouth of a lion: and the dragon gave him his power, and his throne, and great authority.
3 And I saw one of his heads as if it were wounded to death; and his deadly wound was healed: and all the world marveled after the beast.
4 And they worshiped the dragon who gave power unto the beast: and they worshiped the beast, saying, Who is like unto the beast? who is able to make war with him?
5 And there was given unto him a mouth speaking great things and blasphemies; and power was given unto him to continue forty and two months.
6 And he opened his mouth in blasphemy against God, to blaspheme his name, and his tabernacle, and them that dwell in heaven.
7 And it was given unto him to make war with the saints, and to overcome them: and power was given him over all tribes, and tongues, and nations.

Whatever this beast is, it’s powerful, and blasphemous, and violently opposed to the Jewish people. No, it’s not Islamic. It’s so tempting to think that when you find some power that is anti-Christian or anti-Jewish. But Paul tells us that this great power exalts itself above all that is called God, and sits in the place of God and calls itself God. If you understand how violently monotheistic Islam is, you would know that’s not possible. No power claiming to be God other than Allah himself could ever command the respect and following of the Islamic people.

This beast is not Islamic. What ever it is it gets its power from the devil, and it’s part of the devil’s scheme to destroy the faithful people of God—Jewish and Christian. We suspect that what all these prophecies we have been studying are trying to warn us about is that there is yet another Holocaust to come upon the people of God—the holy people, whether they be Jewish or whether they be Christian.