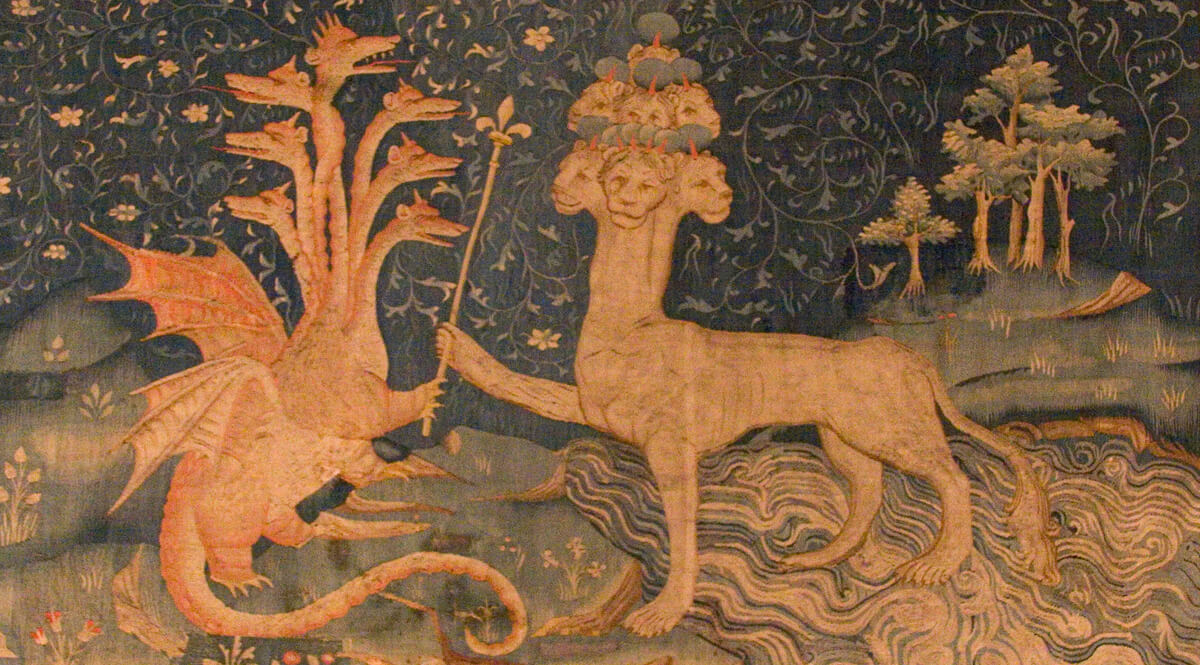 This entry is part 17 of 28 in the series Revelation

And I stood upon the sand of the sea, and saw a beast rise up out of the sea, having seven heads and ten horns, and upon his horns ten crowns, and upon his heads the name of blasphemy. And the beast that I saw was like unto a leopard, and his feet were as the feet of a bear, and his mouth as the mouth of a lion: and the dragon gave him his power, and his throne, and great authority.

After this I saw in the night visions, and behold a fourth beast, dreadful and terrible, and strong exceedingly; and it had great iron teeth: it devoured and broke in pieces, and stamped the residue with its feet: and it was diverse from all the beasts that were before it; and it had ten horns. I considered the horns, and, behold, there came up among them another little horn, before whom there were three of the first horns plucked up by the roots: and, behold, in this horn were eyes like the eyes of man, and a mouth speaking great things.

You talk about a nightmare—this incredible, weird, strange beast with horns and heads and then a little horn popping up and speaking great things! Of course, the question is: What does this nightmare mean? What part is symbolism? What’s the imagery? What’s it supposed to be opening our understanding up to so that we could know what this thing is all about?