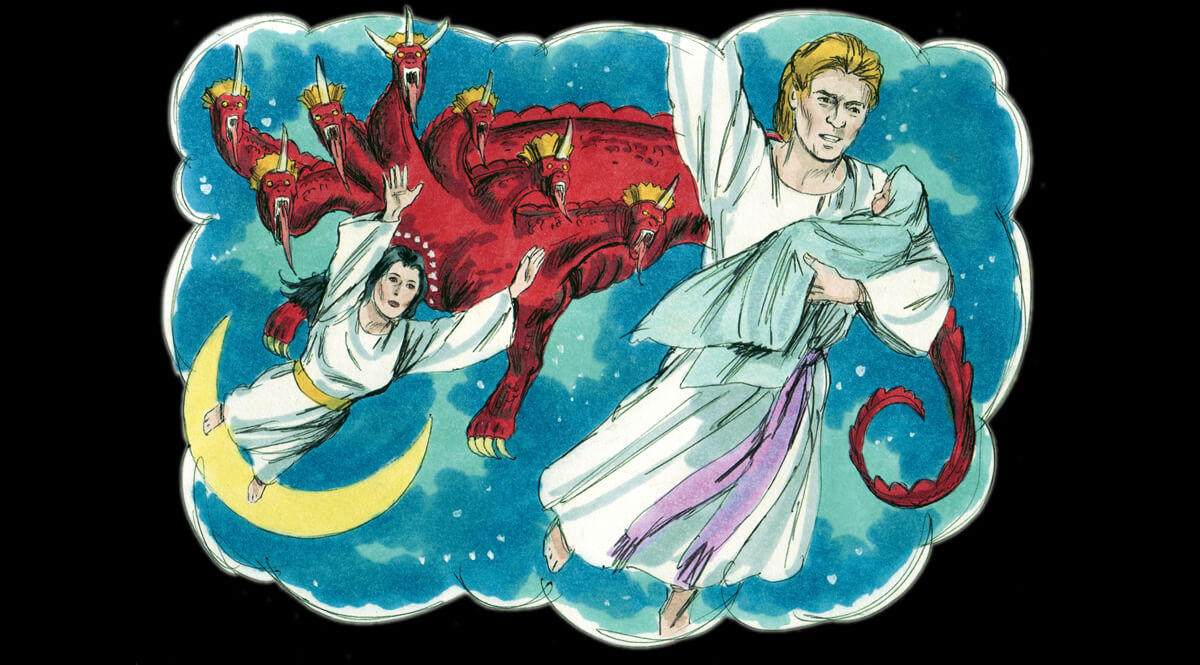 This entry is part 15 of 28 in the series Revelation

Now a great sign appeared in heaven: a woman clothed with the sun, with the moon under her feet, and on her head a garland of twelve stars. Then being with child, she cried out in labor and in pain to give birth. And another sign appeared in heaven: behold, a great, fiery red dragon having seven heads and ten horns, and seven diadems on his heads. His tail drew a third of the stars of heaven and threw them to the earth. And the dragon stood before the woman who was ready to give birth, to devour her Child as soon as it was born. She bore a male Child who was to rule all nations with a rod of iron. And her Child was caught up to God and His throne.

Thus begins the 12th chapter of the Book of Revelation. The seventh trumpet has sounded. These seven trumpets are a part of the seven seals of the book of the last days of man upon the earth and of man’s mis-government. And we are following on the heels of incredible disasters that have struck the earth. Men have been dying by the hundreds of thousands—no, people have been dying in the millions. Disasters, wars, the beginning of what could be a nuclear winter—words fail to describe the kind of events that John has been seeing in this vision.

But remember, this is all just a bad dream in a way. Nothing is happening. John is on the Isle of Patmos. He’s been carried in vision to the day of the Lord—the time of God’s wrath, the time of God’s vengeance upon the earth—and he’s standing there, round-eyed, looking at all these things that are happening and marveling at them as angels showed him one thing after another. So, the seventh angel sounds and blows his trumpet and there is silence in heaven about the space of half an hour, some statements are made, and all of a sudden there appears a great sign in heaven.