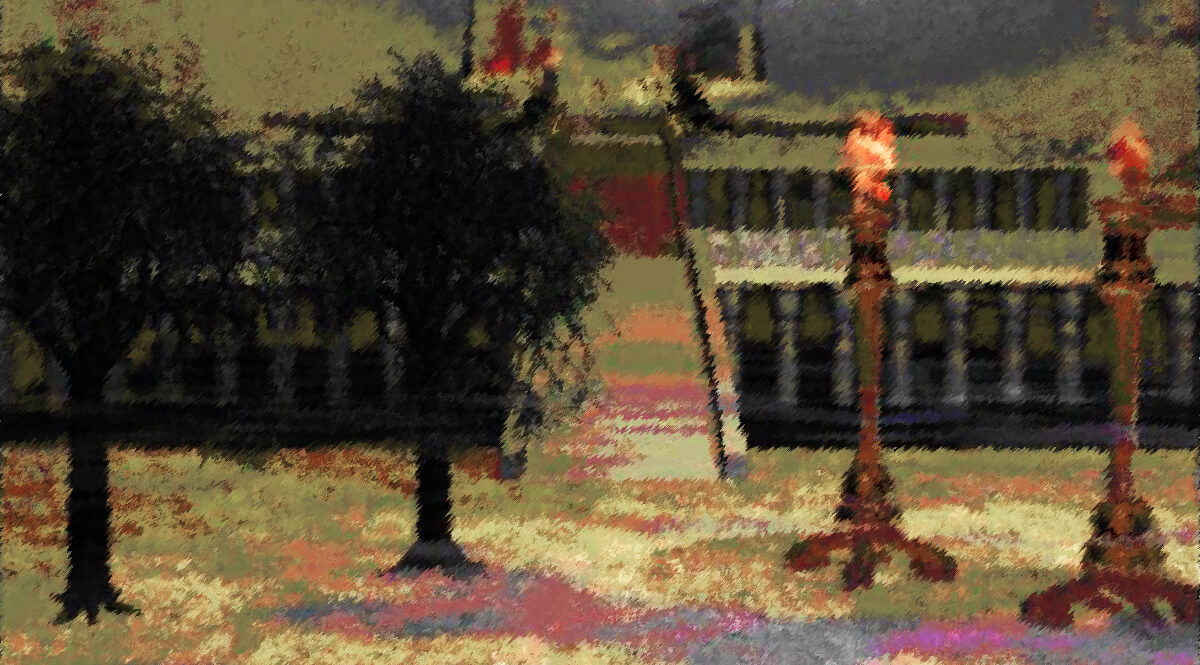 This entry is part 13 of 28 in the series Revelation

And I saw another mighty angel come down from heaven, clothed with a cloud: and a rainbow was upon his head, and his face was as it were the sun, and his feet as pillars of fire: And he had in his hand a little scroll open: and he set his right foot upon the sea, and his left foot on the earth, And cried with a loud voice, as when a lion roars: and when he had cried, seven thunders uttered their voices. And when the seven thunders had uttered their voices, I was about to write: and I heard a voice from heaven saying unto me, Seal up those things which the seven thunders uttered, and write them not.

Now I am surprised that by now John could even hold a pen to write with all the things that had been happening to him and all the things that he had been seeing. A lesser man would have been prostrate on the ground and unable to stand or look. But I suppose after all the visions and so forth that had come before with John that he had made some adaptation by now, and he wanted to write down what these thunders said.

This angel was huge, and the roar of a lion coming from him must have been awesome. And these seven thunders, don’t think of these like distant thunder rumbling in the background on the horizon; something where you see the lightening flash, and then count to five and then there’s a rumble that rolls across the way. No, no! Imagine thunder close enough that there is no discernible delay between the lightening and the sound, and you’ll be a lot closer to what this was probably like. A crack rather than a roll. What do you suppose the seven thunders said that John could not write?