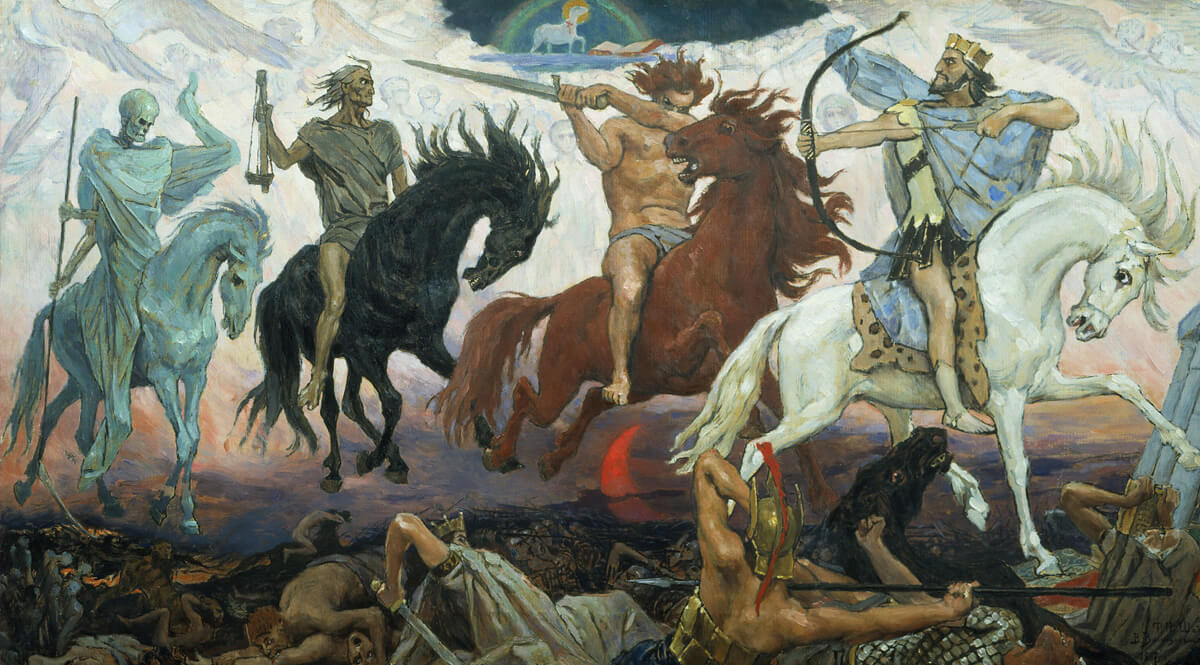 This entry is part 10 of 28 in the series Revelation

“And I saw in the right hand of him that sat on the throne a book written within and on the backside, and was sealed with seven seals. And I saw a strong angel proclaiming with a loud voice, Who is worthy to open the book and to loose the seals thereof? And he looked all over heaven, and he looked all over earth, and he couldn’t find anyone that was qualified or worthy to open this book and break the seals, to look inside of it. It was only when the slain Lamb came on the scene that one was able to open it, and to break the seals.”

This book, this strange book, is the story of the end of the world. That’s a sobering thought. I remember the first time I ever heard that expression. I was just a boy growing up and living in the northwestern part of Arkansas. It was in the early years of World War II, and everybody was worried a lot back in those days. They watched the news daily, they listened to the radio, they read the papers, and it didn’t look good. These were pre-television and pre-air-conditioning days. On a hot summer evening when supper was over we didn’t set around inside the house you went outside and sat on the porch. You maybe swung back and forth in a porch swing or a rocking chair or if you were like us kids, we used to like sit on the cool concrete of the porch and think about this, or play with that, yet in our ears we were hearing what our elders were talking about. And I remember them saying that one of the signs of the end of the world was wars, and rumors of wars; and boy there was plenty of that in 1942 and 1943. I worried a lot about those things in those days. I remember, in fact, there was a light in the sky one night and I thought, This is it, This is it. The Lord is coming back, the end of the world is coming. I think it must have just been the Auroras borealis, but it sure sobered me up a lot.

Well, only the Lamb of God who is identified in the pages of Revelation as Jesus Christ was found worthy to break the seals and to look on the book, and the only reason he was found worthy was because he was slain. He is the one that was killed, died for our sins, and the sins of the world, and he’s the one who’s qualified. And it’s not really a matter folks of looking into the book, but the breaking of the seal opens up the events. It’s actually, perhaps the start of the countdown toward what people are fond of calling the end of the world. It’s spooky to think about, isn’t it? The seven seals on this books are the seven steps up to the end of the world. I’ll bet you’d like to know what those seven steps are, wouldn’t you?