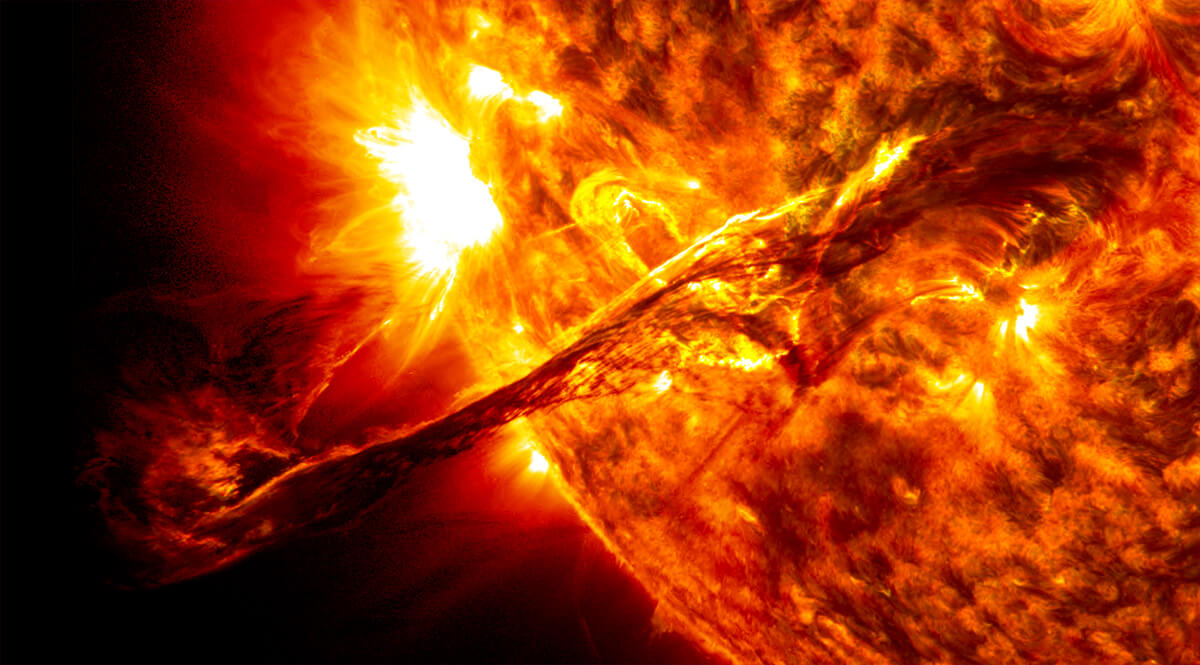 The earth was not made to last forever. All of us know that our sun will burn out one of these days and, if you look a little further into it, you’ll know that what happens when the sun burns out is that it gets a whole lot bigger. In fact, the size of the sun will actually reach beyond earth’s orbit. But the earth is getting warmer now because the sun is getting hotter. I didn’t really know that. I thought the sun was in a state of equilibrium, but apparently not. Recently I happened to be watching a documentary titled Hyperspace which included a fascinating segment on the end of life on earth. This was not a biblical apocalyptic thing. It was a graphic explanation of the facts of the solar system.

The earth appears to rotate around the sun in a kind of green belt. The graphic on the screen showed a belt area some distance from the sun, in which life, like ours, is possible. We wobble back and forth a bit over long time periods, but we stay within the narrow range of that distance which allows us to have the climate we have. Everything in the solar system has to be the way it is for us to be able to survive here. But the sun is, and has been for some time, getting hotter and hotter, and it will continue to. Another graphic showed that this green belt we are in will continue to move further and further away from the sun, but we won’t. As a result, earth will become hotter. The surface of the earth will become so hot, in fact, that all life on earth will be (pardon the expression) toast. The documentary postulated about what might happen to human kind. Would it mean the end of human kind? What might we do to survive? In watching the documentary with these graphic portrayals of the earth’s end, it brought a scripture to mind:

But the day of the Lord will come as a thief in the night; in the which the heavens shall pass away with a great noise, and the elements shall melt with fervent heat, the earth also and the works that are therein shall be burned up. Seeing then that all these things shall be dissolved, what manner of persons ought ye to be in all holy conversation and godliness, Looking for and hasting unto the coming of the day of God, wherein the heavens being on fire shall be dissolved, and the elements shall melt with fervent heat?

Now, that’s real global warming! It seems that global warming will reach a kind of climax. The thing that’s kind of puzzling is, how did Peter know this? How was this man, writing in the first century, able to see off into the future such a time?