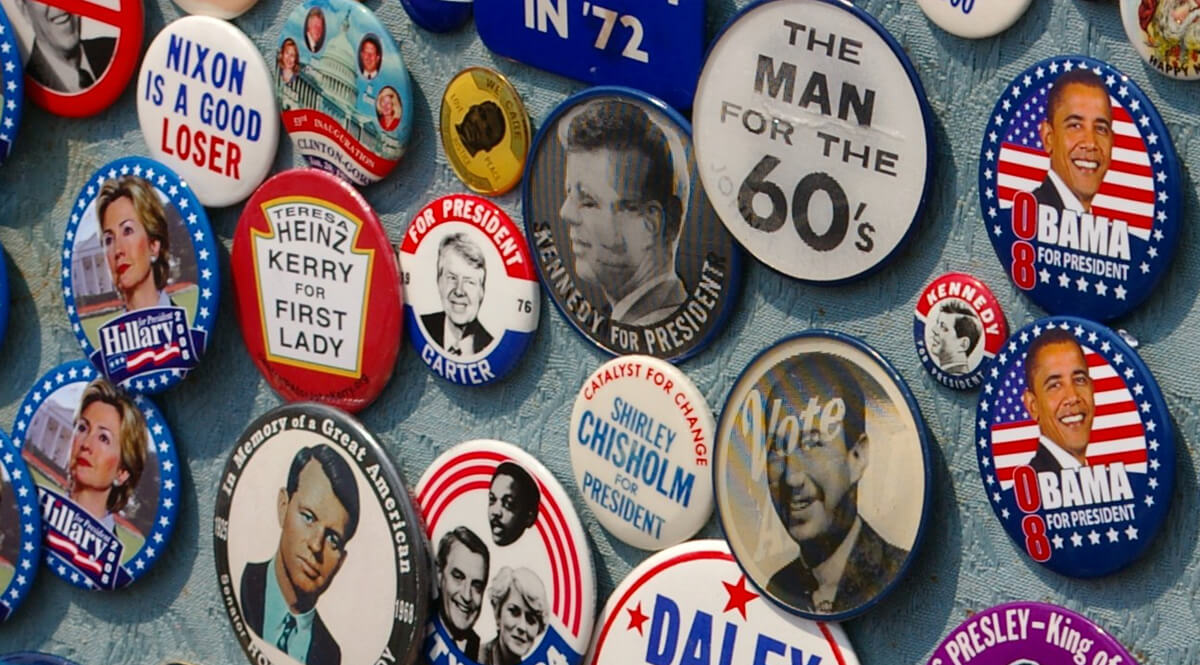 Let me make one thing clear: I am neither a Republican or a Democrat. I am not a member of the Reform party or the Green party or the Libertarian party. I have no axe to grind in this election beyond a warning to think carefully about how much of your freedom you have already given away and much you are about to give away. When I hear politicians start their litany of promises, I get a cold chill.

When Israel entered the promised land, they settled it according to the lots that God gave them. Every man and his family had a plot of land and maximum freedom to farm it, raise his children, love his wife, and grow old with dignity. There was no central government and no taxes. Everyone was expect to pay a tenth of their increase to God, but this was a religious obligation, not a civil one. As far as we can tell, there was no IRS, no enforcement of the tithe. It was an act of worship, not civil obedience. Their religion was their welfare system. Hungry people had to be fed by their neighbors who had a vested interest in keeping the whole community at work.

Israel’s problem was that when they allowed their religious life to decay, the whole system decayed and became vulnerable to the nations around them. The result? Small wars, loss of life, loss of crops, loss of livelihood. This led to repentance, and when they repented, God sent a Judge, a leader to bring them out of it. This is the story of the book of Judges. A series of regional lapses, regional conflicts and deliverances over quite a long period of time. But it was a time of maximum freedom. The problem is that freedom becomes tiring after a while, and people start wanting to lay down the burden. This happened to Israel during the days of Samuel.

1 And it came to pass, when Samuel was old, that he made his sons judges over Israel.
2 Now the name of his firstborn was Joel; and the name of his second, Abiah: they were judges in Beersheba.
3 And his sons walked not in his ways, but turned aside after lucre, and took bribes, and perverted judgment.
4 Then all the elders of Israel gathered themselves together, and came to Samuel unto Ramah,
5 And said unto him, Behold, thou art old, and thy sons walk not in thy ways: now make us a king to judge us like all the nations.
6 But the thing displeased Samuel, when they said, Give us a king to judge us. And Samuel prayed unto the Lord.
7 And the Lord said unto Samuel, Hearken unto the voice of the people in all that they say unto thee: for they have not rejected thee, but they have rejected me, that I should not reign over them.
8 According to all the works which they have done since the day that I brought them up out of Egypt even unto this day, wherewith they have forsaken me, and served other gods, so do they also unto thee.

Take special notice of this. It was God’s intent that Israel have no King but God. And as their king, God had given them maximum freedom with all its headaches and burdens. And no centralized governmental structure. Now, He is going to give them what they want. This is the way God works. If you want it badly enough, he will let you have it, along with all the consequences. You can’t expect to have your own way all the time and expect God to make it work, when you aren’t listening to him. So what would this centralized government be like?