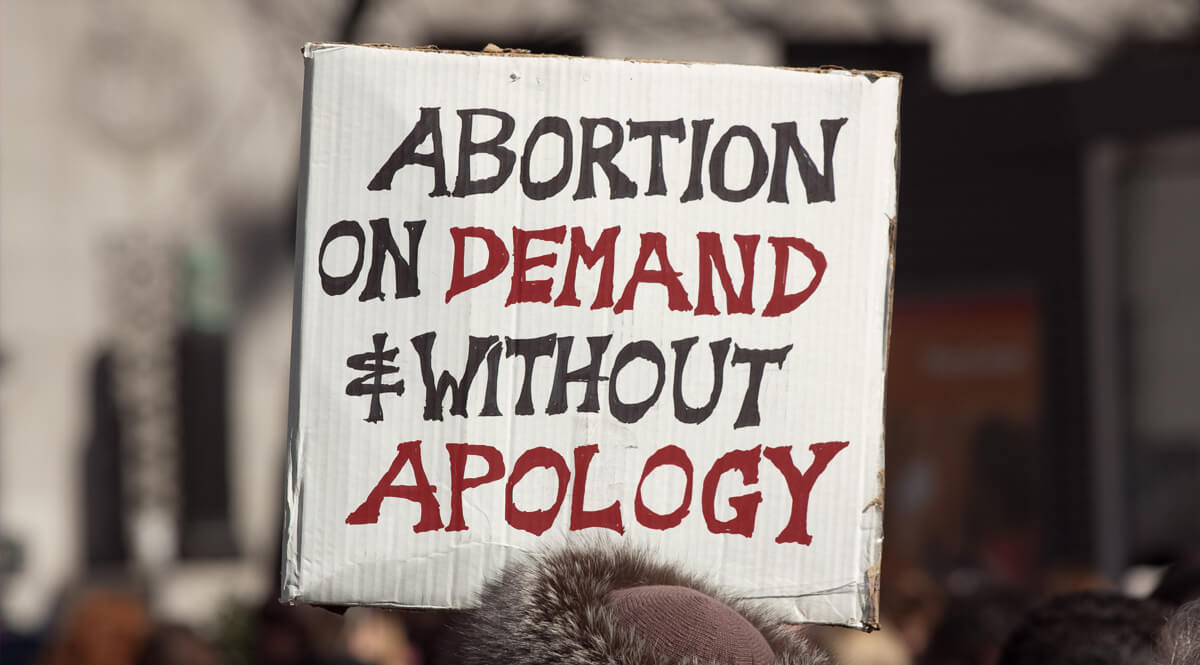 Is it possible that we have the abortion issue all backwards? When you start talking about abortion in an election year, it is fashionable to talk about overturning Roe v. Wade. God knows, it was a terrible turning point in our society. But was the supreme court the proximate cause of Abortion on Demand, or were the judges bending to the will of the people? In other words, Roe may not be a cause; it may be merely an effect.

And it won’t do to point the finger at government. We are the government, and since the main purpose of government is to stay in power, its main activity is to give the majority of us what we want. Whatever we say or think about it, we are 50 million people short of where we might have been. Roe v. Wade did not require any woman to have an abortion. Thus it cannot be seen as the proximate cause of the landslide loss of life that followed. The court just went along with what the people wanted.

It called to mind a passage from the prophet Jeremiah. Mind you, Jeremiah’s nation was not governed by congress. There were no senators or representatives in our usage. The equivalent in their day was prophet and priest. Here is what Jeremiah wrote:

A wonderful and horrible thing is committed in the land; The prophets prophesy falsely, and the priests bear rule by their means; and my people love to have it so: and what will ye do in the end thereof?

No Abortion Without Demand [Transcript] (356 KB)