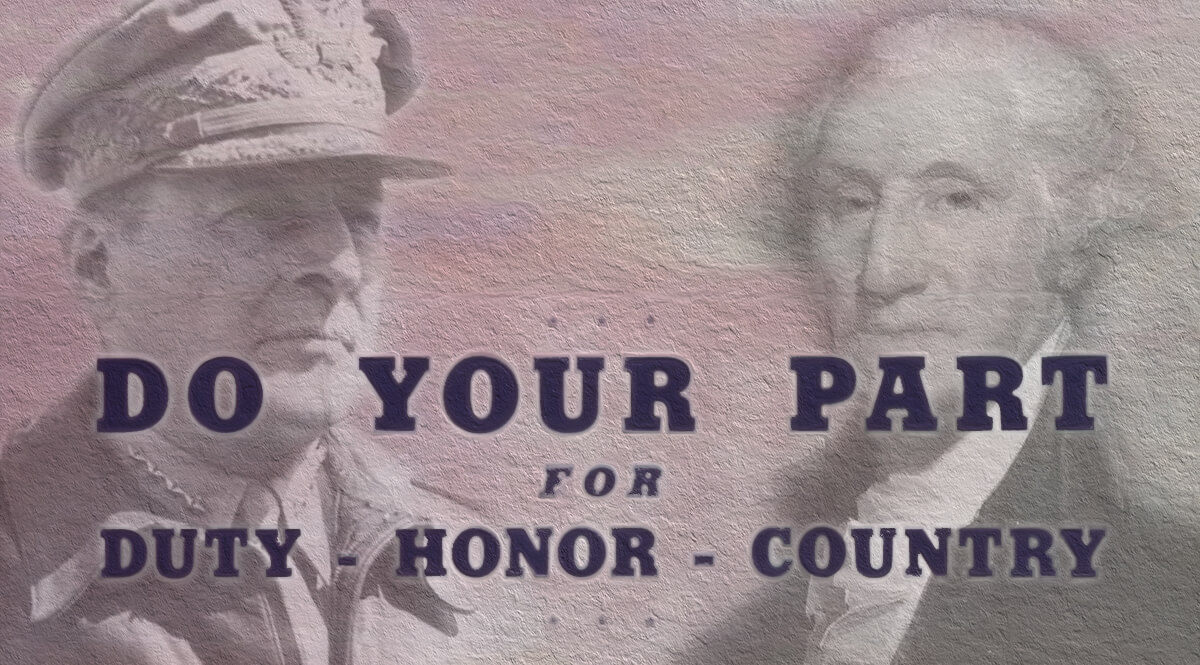 He implies that if the American people had been difference somehow—if they had been willing to let him (or force him) in another direction—he might not have had the privilege of always acting with honor. He gave a certain credit to the American people; and in doing so he laid a certain burden on them, as well.

Could it be that we are complicit in not allowing our leaders to act with honor? For I don’t think many of us believe that duty, honor, and country are the dominant considerations for men in politics these days. What is?