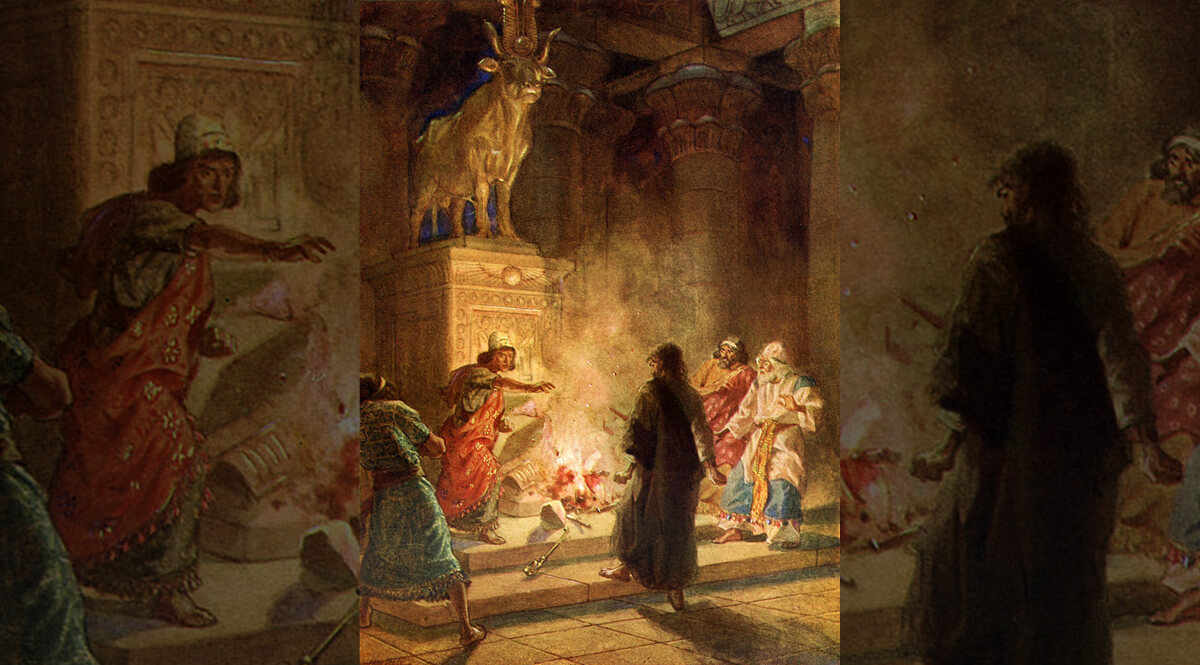 When you read those books of the Bible that contain the history of Israel, the lessons come at you one after the other. There is a man in the Book of Kings named Jeroboam, for example, who will embody several of them. Jeroboam is described as a mighty man of valor. Now, what that means in biblical-speak is that he was a fighter, and very good at it. He was a good man, an able man, and King Solomon promoted him and placed him over all the affairs of the house of Joseph. That made him the head man in the tribes of Ephraim and Manasseh in the north. But he had a higher endorsement than that of Solomon, with whom God was, by this time, thoroughly disappointed.

And it came to pass at that time when Jeroboam went out of Jerusalem, that the prophet Ahijah the Shilonite found him in the way; and he had clad himself with a new garment; and the two were alone in the field: And Ahijah caught the new garment that was on him, and tore it in twelve pieces: And he said to Jeroboam, Take you ten pieces: for thus says the Lord, the God of Israel, Behold, I will tear the kingdom out of the hand of Solomon, and will give ten tribes to you: (But he shall have one tribe for my servant David’s sake, and for Jerusalem’s sake, the city which I have chosen out of all the tribes of Israel:)

Why was this being done? The prophet answered:

Because they have forsaken me, and have worshiped Ashtoreth the goddess of the Sidonians, Chemosh the god of the Moabites, and Milcom the god of the children of Ammon, and have not walked in my ways, to do that which is right in my eyes, and to keep my statutes and my judgments, as did David his father.

This verse often stops serious readers who realize what a bounder David had been at times in his life. But there is a serious difference between Solomon and David. When David sinned, he repented—and perhaps most importantly, he never, ever, served another God. And it was that faithfulness to God that made his repentance possible. That is a lesson worth remembering. You may go a long way down the wrong road, but if you never allow yourself to forget who your God is, the way back is still open. It may be a hard road, but it’s open.