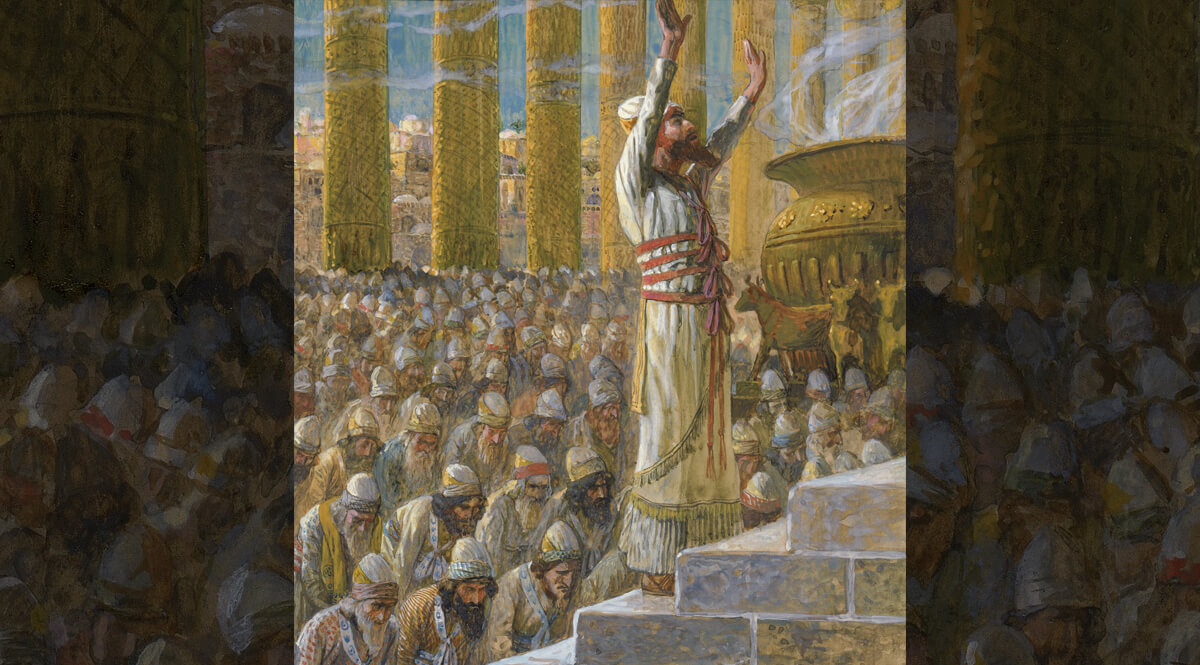 One of the most incredible museums that the world has ever known was also one that hardly anyone ever got to visit; it was the temple that King Solomon built. When the construction of the Temple was finally complete, Solomon brought in the things that King David had dedicated—silver, gold, furnishings—and placed them in the Temple’s treasuries. What a museum it must have made…but the general population never got to go in. Nevertheless, the grand opening still made for quite an enjoyable party. You’ll find the story of this celebration, and the dedication speech that accompanied it, in 1 Kings, chapter 8.

1 Then Solomon assembled the elders of Israel, and all the heads of the tribes, the chiefs of the fathers of the children of Israel, unto king Solomon in Jerusalem, that they might bring up the ark of the covenant of the Lord out of the city of David, which is Zion.
2 And all the men of Israel assembled themselves unto king Solomon at the feast in the month Ethanim, which is the seventh month [This is the month of the Feast of Tabernacles].
3 And all the elders of Israel came, and the priests took up the ark.
4 And they brought up the ark of the Lord, and the tabernacle of meeting, and all the holy vessels that were in the tabernacle, even those did the priests and the Levites bring up.
5 And king Solomon, and all the congregation of Israel, that were assembled unto him, were with him before the ark, sacrificing sheep and oxen, that could not be counted nor numbered for multitude.
6 And the priests brought in the ark of the covenant of the Lord unto its place, into the inner sanctuary of the house, to the most holy place, even under the wings of the cherubim.
7 For the cherubim spread forth their two wings over the place of the ark, and the cherubim covered the ark and its poles above.
8 And they drew out the poles, so that the ends of the poles were seen out in the holy place before the inner sanctuary, and they were not seen outside: and there they are unto this day.