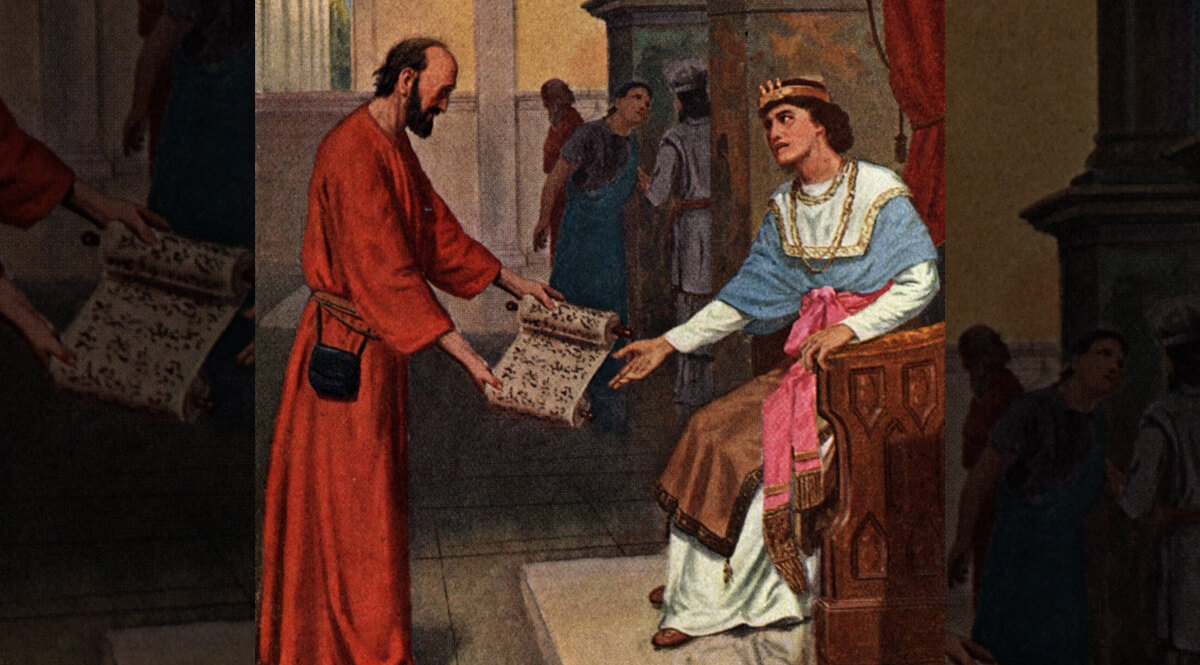 Almost any kingdom will get a little tired and old in 300 years. The House of Israel only made it a little more than 250 years. And Israel must have been worn out by the end of the long reign of King Manasseh. No one did more to corrupt the worship of God than did Manasseh in his day.

The strange thing about all this was that it was not so much ordinary sin that destroyed Israel, it was idolatry. And the idolatry was not merely a pattern of setting up idols and bowing down to them. The idolatry involved destroying the lives of their own children, both in sacrifice and in temple prostitution. What makes idolatry different from other sins is that it destroys the way back to God for the repentant sinner. By the time King Manasseh died, some 330 years after the death of Solomon, the worship of Jehovah was on the rocks in Judah.

And Manasseh slept with his fathers, and was buried in the garden of his own house, in the garden of Uzza: and Amon his son reigned in his stead. Amon was twenty and two years old when he began to reign, and he reigned two years in Jerusalem. And his mother’s name was Meshullemeth, the daughter of Haruz of Jotbah. And he did that which was evil in the sight of the Lord, as his father Manasseh did. And he walked in all the way that his father walked in, and served the idols that his father served, and worshipped them: And he forsook the Lord God of his fathers, and walked not in the way of the Lord. And the servants of Amon conspired against him, and slew the king in his own house. And the people of the land slew all them that had conspired against king Amon; and the people of the land made Josiah his son king in his stead.

It was a bloody and violent time. Amon was so vile that even his own servants conspired to assassinate him. But then, the people took a hand. They dealt with the assassins and put the 8-year-old son of Amon on the throne.

Josiah was eight years old when he began to reign, and he reigned thirty and one years in Jerusalem. And his mother’s name was Jedidah, the daughter of Adaiah of Boscath. And he did that which was right in the sight of the Lord, and walked in all the way of David his father, and turned not aside to the right hand or to the left.