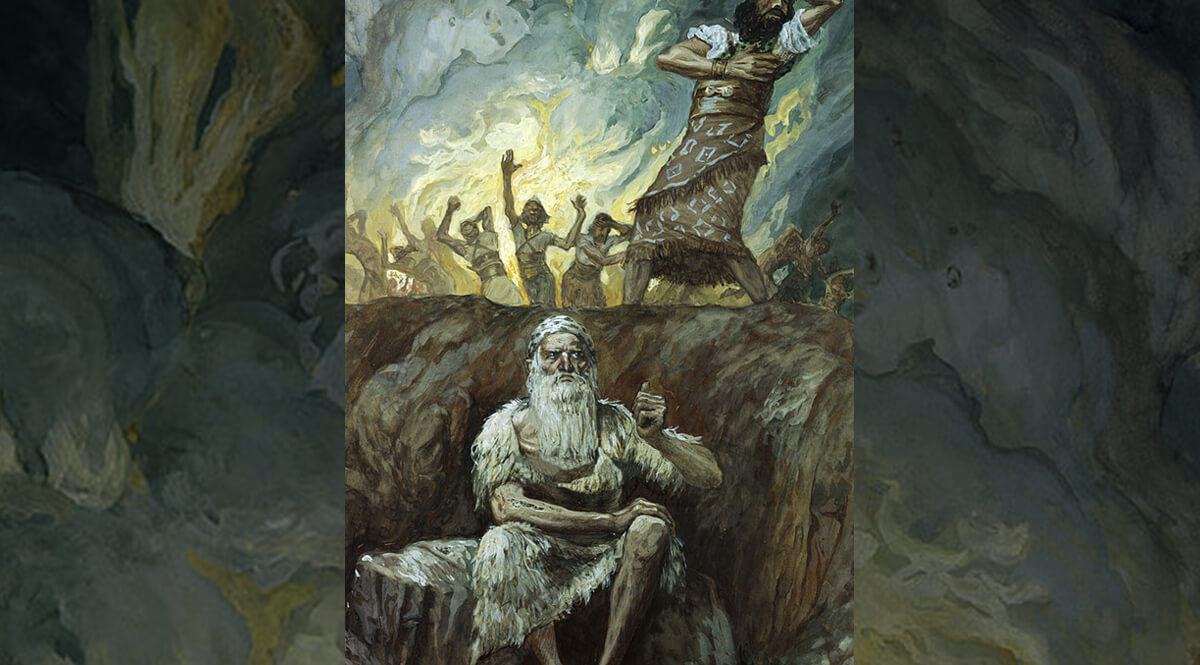 It has been 62 years since the death of Solomon. For 62 years there have been two Israels: the House of Israel, now with a capital in Samaria; the House of Judah, capital in Jerusalem. You can cast your mind back 62 years from today and get a feeling for the passage of time even if you weren’t alive then. There are many old people who still remember King Solomon. And with the reign of King Ahab in Samaria, we can see how quickly a nation can go to ruin under bad leadership—how quickly they can go down the drain. And they were never, in all their history, able to find their way back.

As the book of 2nd Kings opens, the scene changes from the wretchedness of King Ahab to the reign of Jehoshaphat in Jerusalem. It is more than a little confusing, simply reading straight through these books, because they are not in strict chronological order—instead interleaving events of the two kingdoms. At the end of 1 Kings, the editors dispose of King Ahab:

So the king died, and was brought to Samaria; and they buried the king in Samaria. And someone washed the chariot in the pool of Samaria; and the dogs licked up his blood; and they washed his armor; according unto the word of the Lord which he spoke. Now the rest of the acts of Ahab, and all that he did, and the ivory house which he made, and all the cities that he built, are they not written in the book of the chronicles of the kings of Israel? So Ahab slept with his fathers; and Ahaziah his son reigned in his place.

And just as his father, Ahaziah will have a memorable encounter with that great prophet, Elijah.