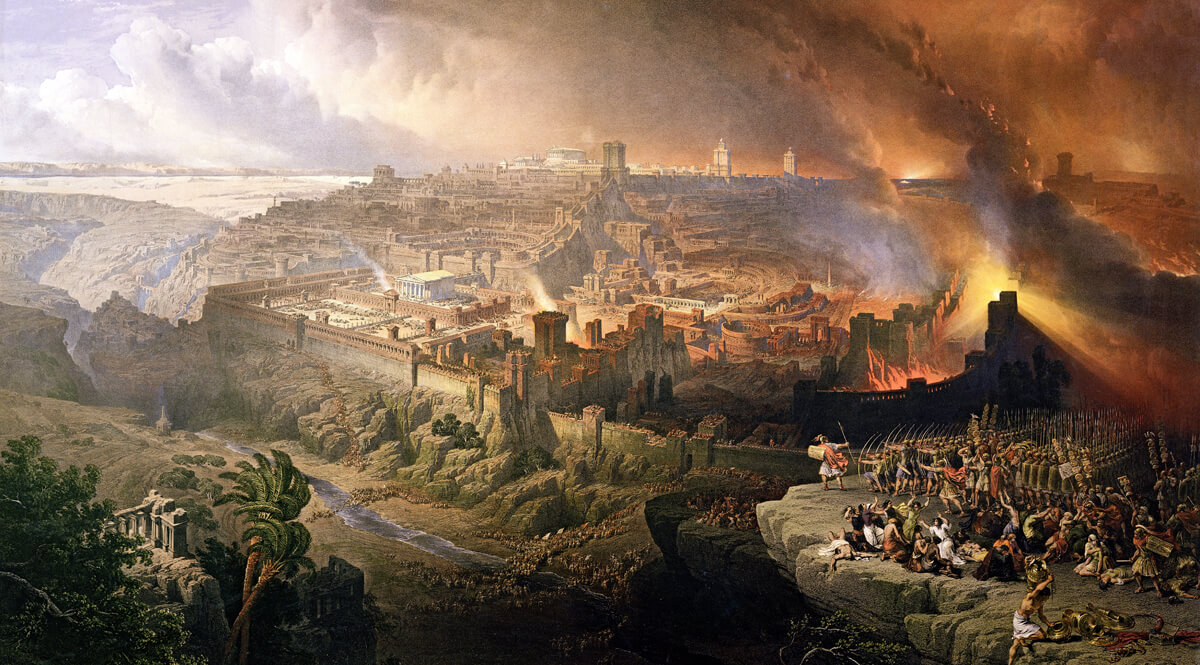 Predicting what is going to happen next in the Middle East is a fool’s game…or maybe perhaps a prophet’s task. Not being a prophet, and trying not to be a fool, it still seems necessary to look at what is going on there in the light of the Bible. Christian people pay close attention to what happens in the Middle East, for good reason. The reason grows out of a prophecy Jesus handed down in response to a question by his disciples. Country boys that they were, they were exclaiming over the beauty of the temple, when Jesus shocked them into silence by saying:

And Jesus said to them, Do you not see all these things? Assuredly, I say to you, not one stone shall be left here upon another, that shall not be thrown down.

This happened a few decades later when the Romans sacked Jerusalem, burned the temple and killed Jews in their thousands. But there is this curious thing about that. This happened in AD 70, to be sure. But it also happened some 650 years before that, when the Babylonians came and sacked Jerusalem and destroyed the temple. And that reflection is disturbing. I know you have heard the old saying that history repeats itself. Well, it does. It does because human nature does not change, so men keep doing the same foolish things over and over again. And if that were not enough, the divine nature of God doesn’t change either. To some degree, this accounts for the repetitive nature of prophecy. If it happened because of a given condition, if the condition reoccurs, it will happen again. While I was pondering this one day, I came upon a scripture that almost spells it out.