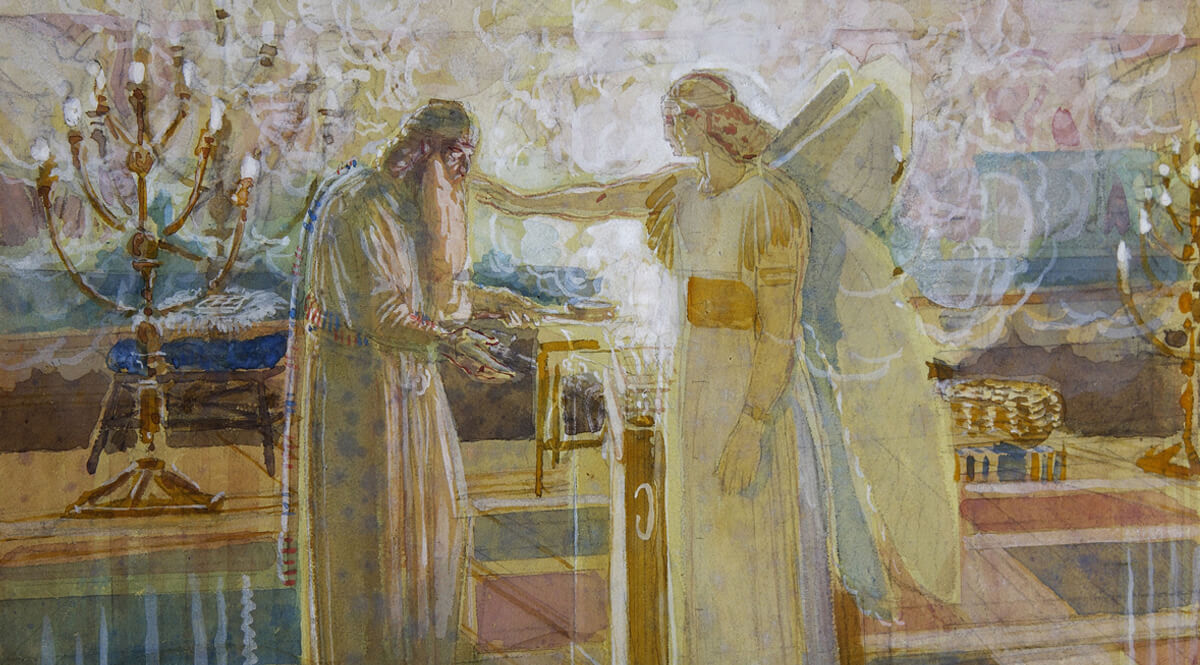 Imagine that you are in a room, all by yourself. No one else is there. No one else is supposed to be there. You are in the process of carrying out a rather simple task, but one that requires you to pay attention to what you are doing. All you have to do is carefully replenish the incense burning on a small altar.

Then, with no fanfare, no warning, no noise, there is suddenly a man standing there just to the right of that small altar. One minute he isn’t there, and the next minute he is. All of us know what it is like to have someone creep up one us when we didn’t know they were there. It can make you nearly jump out of your skin.

That is precisely where a man named Zechariah found himself one day. He was a priest. He was in the temple alone. No one else should have been anywhere near, but suddenly there was a man standing there. The book says he was startled and gripped with fear. I would certainly think so. And what is especially remarkable about this particular event is that nothing like this had happened in the past 400 years.

Get your FREE COPY of Introduction to the New Testament #1this message now!

Get a FREE copy of
Introduction to the New Testament #1