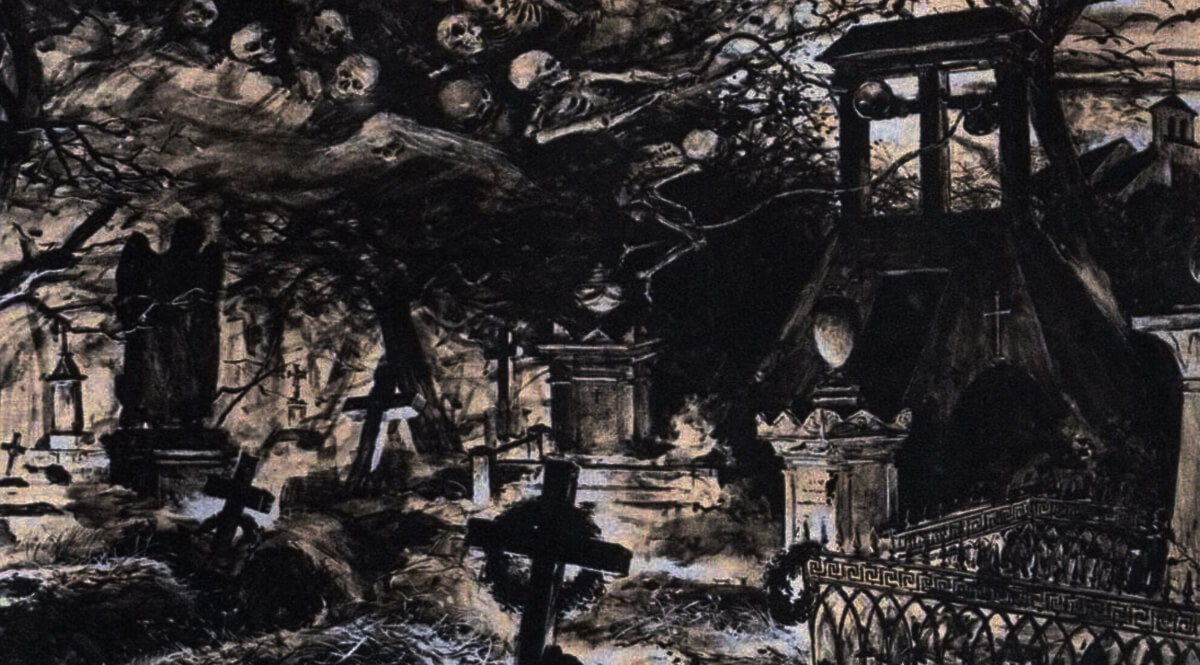 Halloween is an odd event—very odd, in a way, because in its origins it was not evil; it was actually good. A number of you probably know that “Halloween” is “All Hallows Even”; in other words, All Hallows Eve—the evening before All Hallows. And “All Hallows” is All Saints day. And, originally, All Saints Day (November 1st) was the day when all the saints were honored. In other words, it’s a time that the Church had set aside to honor those people who had lived exemplary lives, who had blessed others by their lives, and were considered saints by the Church at that time.

October 31st, though, among non-Christian Celtic people, was a different matter altogether. It was the festival of Samhain. What you may not know is the fact it was also New Year’s Eve in Celtic and Anglo-Saxon England at that time. It was actually the end of the old year and the beginning of the new. It took place in the autumn, as a matter of fact. It was an occasion for fire festivals, they lit huge bonfires on top of hills to frighten off the evil spirits, and also it was a time when laws and land tenures were renewed.

It harkens back, in a way, to the Old Testament. You’ll recall where, in the year of release, all the captives were released. People who have been enslaved because of having been a thief and caught and sold into slavery were turned loose, in the seventh year. That was always in the autumn, not in the spring. In that Jubilee year, all the land again went back to its original family owner—the one who received it by lot. Here they had, in the autumn, a time when all the laws and land tenures were renewed.

In the Celtic religions, the dead were supposed to visit their homes on this night. As a consequence, you get the sinister aspects of the festival. And, of course, you had the Celtic Church right alongside of the Roman Church; and the gradual melding that took place in these things over time created something along the lines of Halloween. And though it really became in later times a secular holiday, at the same time it has also retained a lot of those sinister overtones.

“Halloween was thought to be the most favorable time for divinations, for marriage, for health, for death, and for luck. And it was the only day when the help of the devil was invoked in such matters.” I think that is fascinating. For people who call themselves Christians—who are believers in Christ, people who try to serve God—you can almost see how it would be tempting, in certain circumstances (and I want to talk about that a little later), to get some guidance from that side of the spirit world.

Halloween is a night of great evil. But really, it’s a night of great evil only because the devil is invoked in some of the customs and some of the practices. If it were nothing but a harvest festival, it probably wouldn’t amount to much. The question is: Is there really a devil, and are there demons in a spirit world that come out on Halloween or at other times? I recently received a letter from a long-time correspondent, and he had what I think is easily the most comprehensive set of questions about the spirit world and the paranormal that I have ever received in my life. I mean, to answer it would require me to write a book, “Everything You Always Wanted to Know About the Spirit World But Were Afraid To Ask”. And he gave me a really good list. He asked me about spirit sightings, dreams that come true, UFOs, abductions, strange lights, hauntings, healings, psychics, miracles that seem to have nothing to do with God and yet are miracles, and a whole long list. And he asked that, somewhere along the line, I would do a sermon or a tape or something on the subject. And so you owe this sermon today to my friend who wrote to me about this.