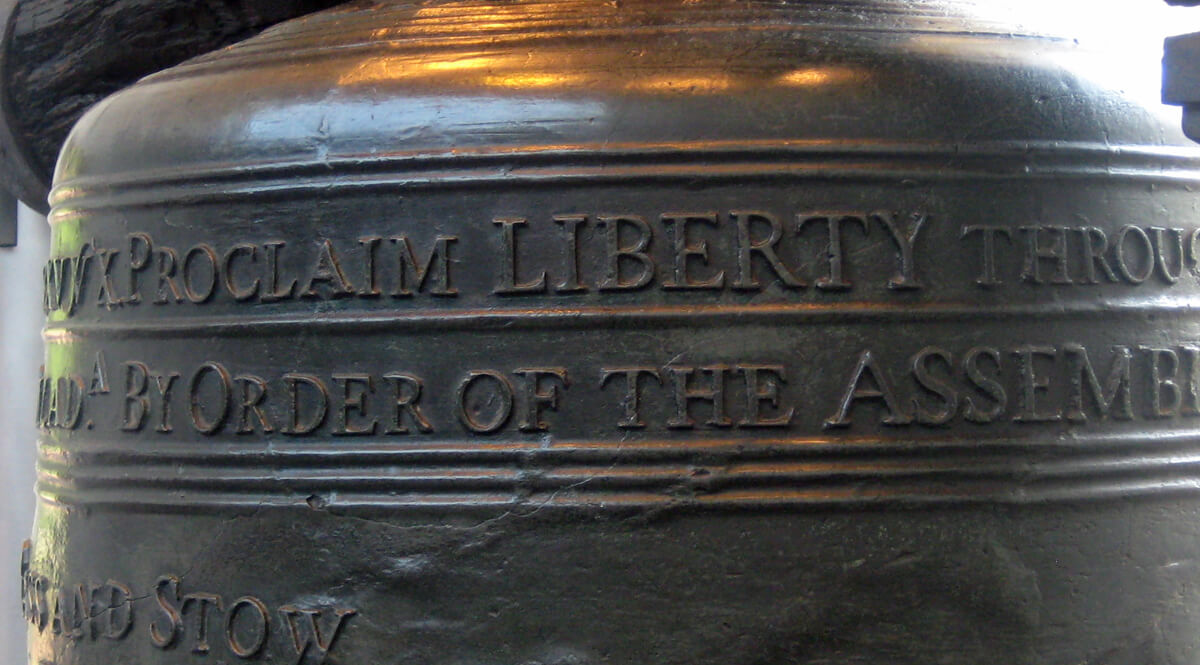 I remember first seeing the movie The Ten Commandments in the theater over 50 years ago. One of the things I remember from the film was the stentorian voice pronouncing: proclaim liberty throughout all the land unto all the inhabitants thereof. I recall thinking how awkward the King James English was in the picture at that point.

I knew it was a citation from the Bible. What I did not know at the time was that the sentence was engraved on the Liberty Bell, cast in 1753. But I think those writing the script of the movie knew it well enough—and the connection was deliberate. The dominant theme of the movie was liberty.

And, while one might not pick up on it at first, it is plain enough: You can’t just free the slaves and guarantee liberty for them. It was the Ten Commandments that formed the foundation and pillar stones of liberty for those newly freed. That’s why James writes this in the New Testament…