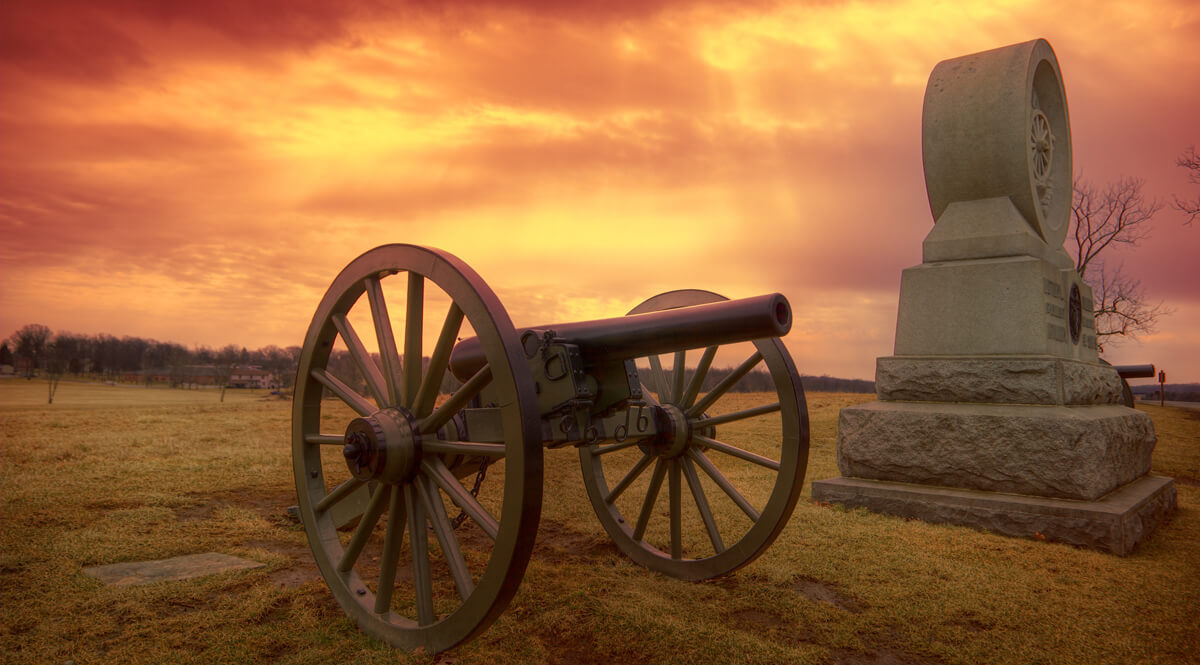 Sometime ago I watched the movie Gettysburg and was riveted by the story, the battle, how it was fought and I was sickened at the tragic loss of life. Why, I wondered, do these march in straight lines across an open field with no cover, under Union cannon fire. It made no sense. And then when they came within rifle range, the Union soldiers were cutting them down like wheat and they just kept on coming until finally a few of them got through. I didn’t learn until I watched the extras that came with the DVD I was watching, that I was witnessing an effect that is now understood by military planners: tactics and strategy (that is the way you go about war and fighting the battles) always lag behind technology. The South was following a tried-and-true tactic for advancing against musket fire. You know, a musket was a smooth-bored gun. The bullets came out of there, not spinning, but just static in terms of that and it buffeted as it went out into the air. The result of this was that you could hardly have any idea of where the thing was going to strike when it finally did strike. Well, maybe a little bit, but not much. And, of course, it would not have had the impact. But the Union soldiers were using guns with rifled barrels. That meant it gave the ball a spin coming out of the barrel which extended both the range, the accuracy, and the impact of the ball when it got where it was going. So, the South was marching out with musket tactics against rifles.

But I still had very little feeling for what really happened on that day. I could see it in a movie; it was sickening in the movie. But Boritt begins his book, not with the battle, but with the aftermath in the town of Gettysburg.