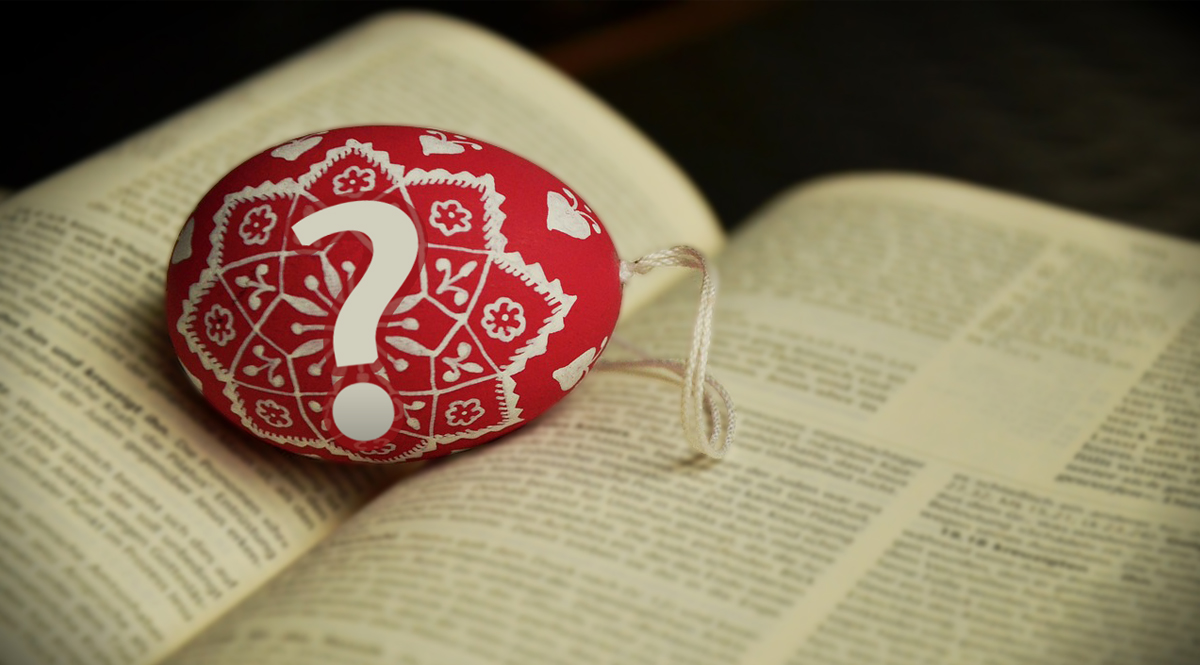 There is a fascinating story that links Easter and Passover, and most of the world goes on blissfully unaware of it. Most know that Easter and Passover are in the same general season of the year, sometimes on the same weekend, sometimes diverging. But what most don’t realize is that the Christian observance of Easter actually arose directly from the Passover. No, I don’t mean from the resurrection. I mean from the Passover itself.

Now follow me carefully through this. Throughout the Latin and Greek churches, the day of the celebration of the resurrection of Jesus is called, in their own languages, Pascha. But when the discussions of Pascha are translated into English, they become Easter. Always.

How on earth did this happen? And on a related question, how on earth did colored eggs and Easter Bunnies become connected somehow to the celebration of the resurrection of Jesus?