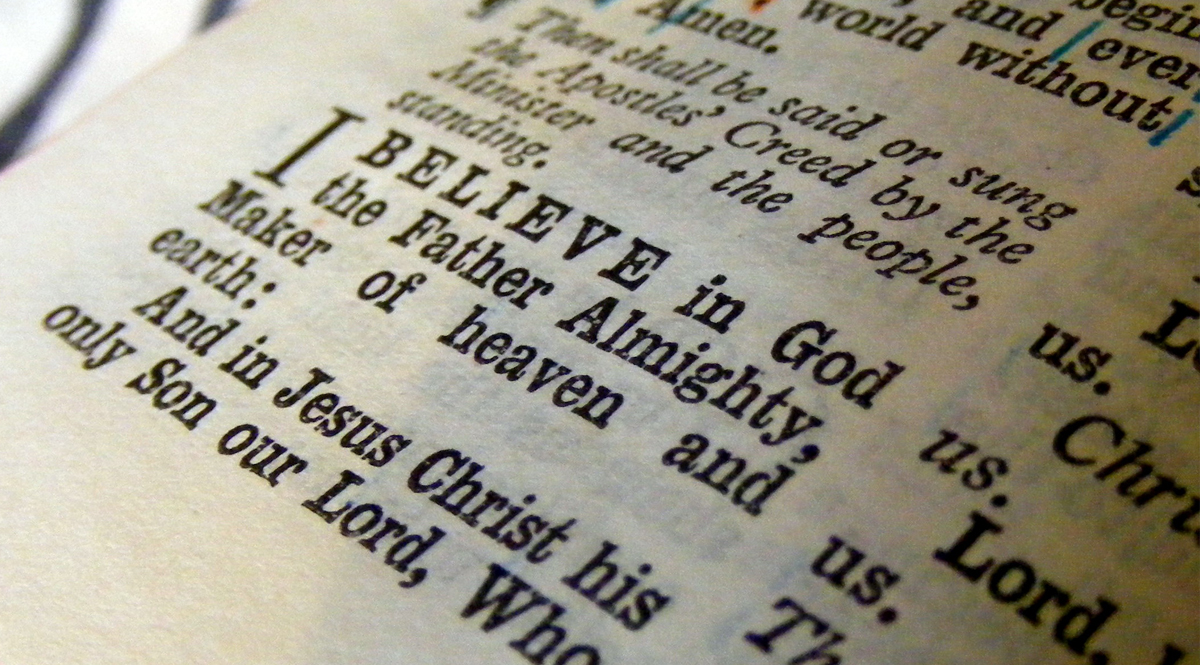 If you are a Christian, and a member of a church, your church probably has some set of beliefs that it expects all of its members to hold. That’s probably not as big a deal in some community churches as it might have been in generations past, but don’t imagine for a moment that it’s gone away. Birds of a feather flock together, and that it nowhere more evident than in Christian churches. It isn’t just beliefs, either. Cultural differences can be important as well. We can say that everyone is welcome and we should, but our culture may say otherwise.

None of this has to be a very big deal, and I think churches of different stripes are more respectful of one another than they might have been, say, 50 years ago. Generally, though, people group according to their comfort level, and that’s just fine. But toss a dispute over dogma into the mix, and all that can change very quickly.

Your church or your denomination probably ascribes to a creed, defined as a brief, authoritative formula of religious belief. Probably the oldest and best known is what is called The Apostle’s Creed, which the apostles themselves never saw. It would be a rare Christian who could not find some way to confess this creed. It might require a little interpretation here and there, but it holds across a broad spectrum. But, creeds don’t stop there, and there’s the rub.