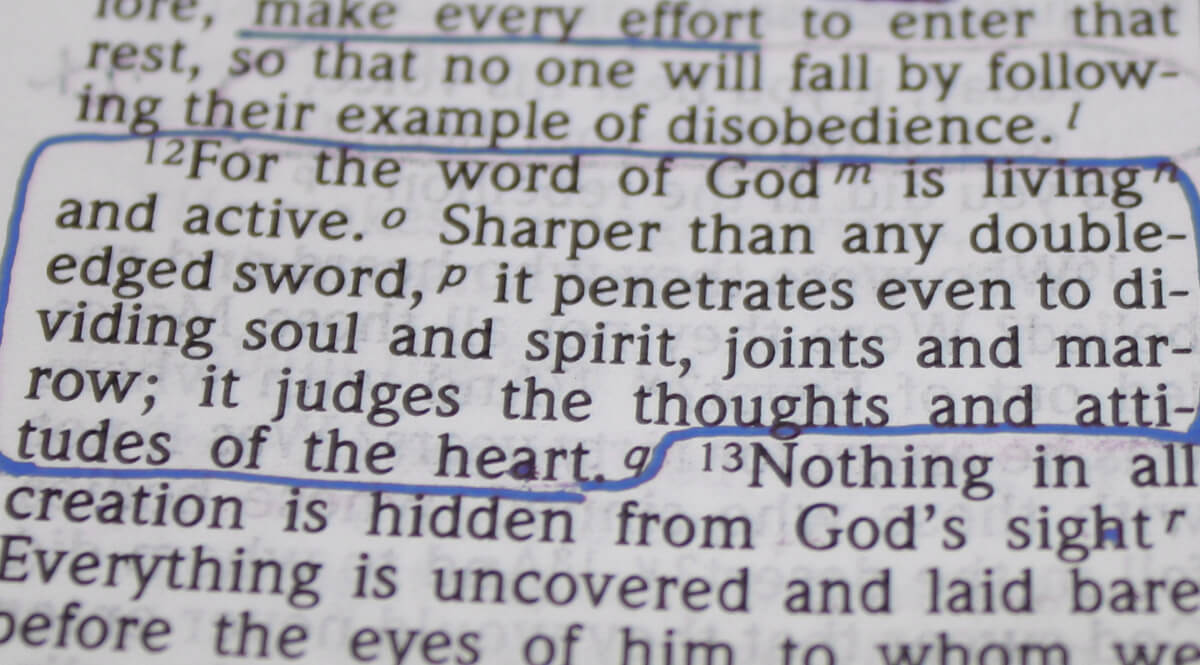 Of all the things we know about God, one of the most disconcerting is that there is no place to hide from him. But let me put your mind at rest on something. God is not a voyeur. Just because you can’t hide from him doesn’t mean he watches you take a shower.

The story of the Garden of Eden is fascinating in this sense. The story is clear when you read it. When God returned to the Garden, he did not know what they had done until it became evident. That is not to say that he could not have known, but that He chose not to know.

Don’t imagine God on his throne facing a bank of television sets with a remote in one hand and an electric shocker in the other. But do understand that you can’t cover up your evil deeds from judgment. The writer of Hebrews tells us where the real killer is.