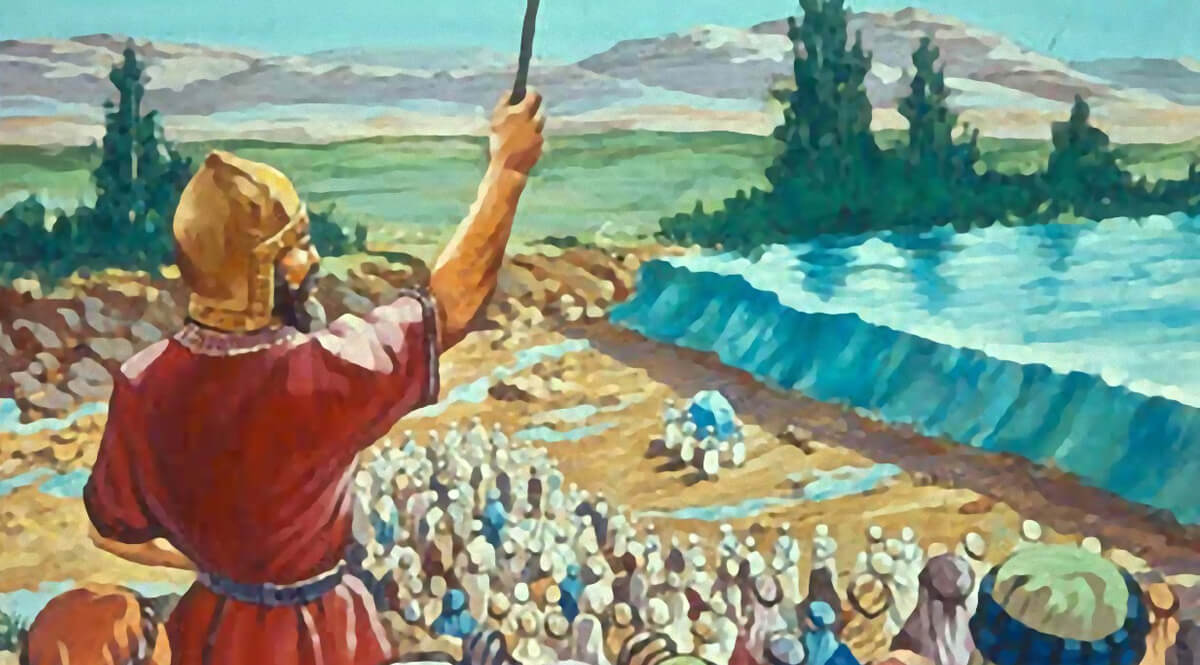 One of the greatest pieces of symbolism in all the Bible is the Jordan River. It has captured the imagination of hymn-writers and theologians, generation after generation. When I was growing up, my father sang in a gospel quartet, and one of his solo numbers was I Won’t Have to Cross Jordan Along. When I come to the river at the ending of day, when the last winds of sorrow have blown, there’ll be somebody waiting to show me the way. I won’t have to cross Jordan alone.

12 Take heed, brethren, lest there be in any of you an evil heart of unbelief, in departing from the living God.
13 But exhort one another daily, while it is called Today; lest any of you be hardened through the deceitfulness of sin.
14 For we are made partakers of Christ, if we hold the beginning of our confidence steadfast unto the end;
15 While it is said, Today if you will hear his voice, harden not your hearts, as in the provocation.
16 For some, when they had heard, did provoke: yet not all that came out of Egypt by Moses.
17 But with whom was he grieved forty years? was it not with them that had sinned, whose bodies fell in the wilderness?
18 And to whom swore he that they should not enter into his rest, but to them that believed not?
19 So we see that they could not enter in because of unbelief.
1 Let us therefore fear, lest, although a promise being left us of entering into his rest, any of you should seem to come short of it.
2 For unto us was the gospel preached, as well as unto them: but the word preached did not profit them, not being mixed with faith in them that heard it.
3 For we who have believed do enter into rest, as he said, As I have sworn in my wrath, they shall not enter into my rest: although the works were finished from the foundation of the world.
4 For he spoke in a certain place of the seventh day in this way, And God did rest the seventh day from all his works.
5 And in this place again, They shall not enter into my rest.
6 Seeing therefore it remains that some must enter into it, and they to whom it was first preached entered not in because of unbelief:
7 Again, he limits a certain day, saying in David, Today, after so long a time; as it is said, Today if you will hear his voice, harden not your hearts.
8 For if Joshua had given them rest, then would he not afterward have spoken of another day.
9 There remains therefore a rest to the people of God.
10 For he that is entered into his rest, he also has ceased from his own works, as God did from his.
11 Let us labor therefore to enter into that rest, lest any man fall after the same example of unbelief.