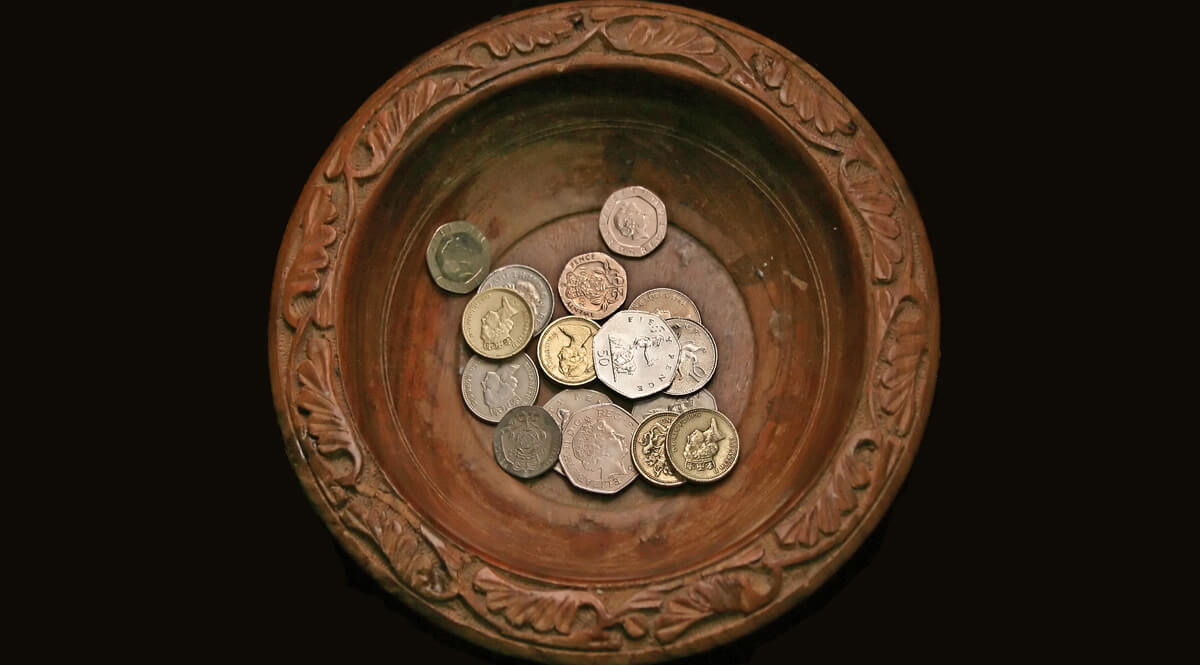 When the time comes to give, how much is enough? When someone is taking up a collection to help poor refugees, and they have shown you heart-rending pictures of starving children, how much should you give? When a preacher tells you that you ought to give to your church—that Jesus died for you and that you owe him everything you have—how much should you give? All of it?

Sometimes fund raisers can get carried away with their rhetoric, and sometimes givers can hurt themselves in the process. I think Paul may have gotten a little concerned about his own rhetoric when he was raising an offering for the poor saints at Jerusalem. A prophet had foretold a coming famine in Israel, and the Gentile churches in what we now call Greece and Turkey had determined to send an offering to help out. It was not money, it was goods they were collecting. Paul was really pleased with the Philippian church. He wrote:

For to their ability, I bear record, yea, and beyond their ability they were willing of themselves; Begging us with much entreaty that we would receive the gift, and take upon us the fellowship of the ministering to the saints. And this they did, not as we expected, but first gave their own selves to the Lord, and unto us by the will of God.

These were poor people, and they were prepared to put themselves in trouble to help someone else. And so Paul had to balance out his appeal to the Corinthians:

And in this I give my advice: for this is expedient for you, who have begun before, not only to do, but also to desire a year ago. Now therefore perform the doing of it; that as there was a readiness to will, so there may be a performance also out of that which you have. For if there be first a willing mind, it is accepted according to what a man has, and not according to what he has not. For I mean not that other men be eased, and you burdened[.]