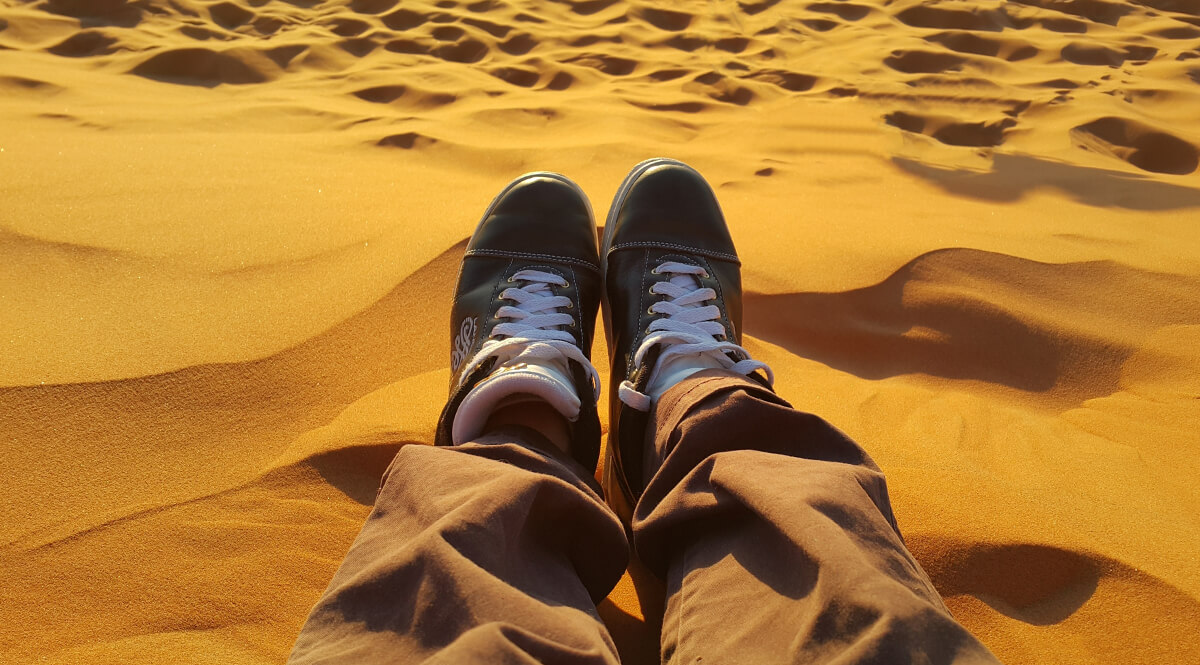 Take a look at your shoes. A little worn, are they? If they aren’t, they will be. And your favorite sweater—how long before the elbows come out? Shoes, clothes—all this stuff—wears out if we use it. In ancient times, people didn’t have a closet full of shoes and clothes. They were lucky if they had one change of apparel.

And so it seemed significant, one day in the wilderness north of Mount Sinai, that a Hebrew sat down to rest and looked at his shoes and noticed that they were no more worn than they had been six months ago. Then he examined his clothes. They weren’t new, but they had not worn out when they should have. It seems like such a small thing, but something was going on here. Toward the end of the wilderness wanderings of Israel, Moses explained to them what had happened.

And Moses called unto all Israel, and said unto them, You have seen all that the Lord did before your eyes in the land of Egypt unto Pharaoh, and unto all his servants, and unto all his land; The great trials which your eyes have seen, the signs, and those great miracles: Yet the Lord has not given you a heart to perceive, and eyes to see, and ears to hear, unto this day. And I have led you forty years in the wilderness: your clothes have not worn out upon you, and your shoes have not worn out upon your foot. You have not eaten bread, neither have you drunk wine or strong drink: that you might know that I am the Lord your God.

One very small, daily miracle. Your clothes didn’t show wear, nor did your shoes, for 40 years. It was a miracle they hardly noticed. It was a miracle that was taken for granted just like manna. And the lesson is that in your long trials, though they not be taken away, you are never left without encouragement—without evidence that God is with you. But you may have to stop and look for it. Chances are, you have been taking it for granted. For example, let’s look at this little play on words in Paul’s introduction to 2 Corinthians.