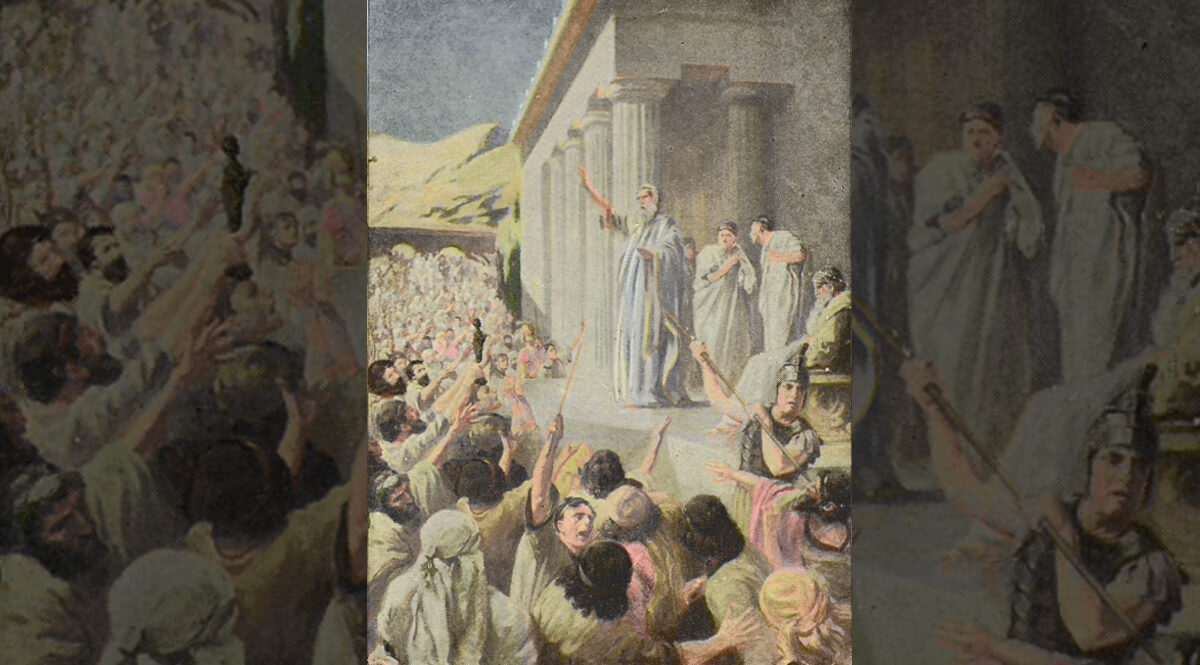 Why do they do it? Because they perceive the other religion as a threat—purely and simply. It is almost funny when you think about it. A lot of persecution by religious people comes about because they think they are defending God—as if God needed our help and could not defend himself.

Such an occasion arose when Paul had been in Corinth for about a year and half. He had been astonishingly successful there—especially considering his moderate success everywhere else. God had appeared to him in a vision and told him to speak boldly, Because I have much people in this city.

And when Gallio was the deputy of Achaia, the Jews made an attack with one accord against Paul, and brought him to the judgment seat, Saying, This fellow persuades men to worship God contrary to the law. And when Paul was now about to open his mouth, Gallio said unto the Jews, If it were a matter of wrong or wicked crime, O you Jews, reason would that I should bear with you: But if it be a question of words and names, and of your law, look you to it; for I will be no judge of such matters. And he drove them from the judgment seat. Then all the Greeks took Sosthenes, the chief ruler of the synagogue, and beat him before the judgment seat. And Gallio cared for none of those things.