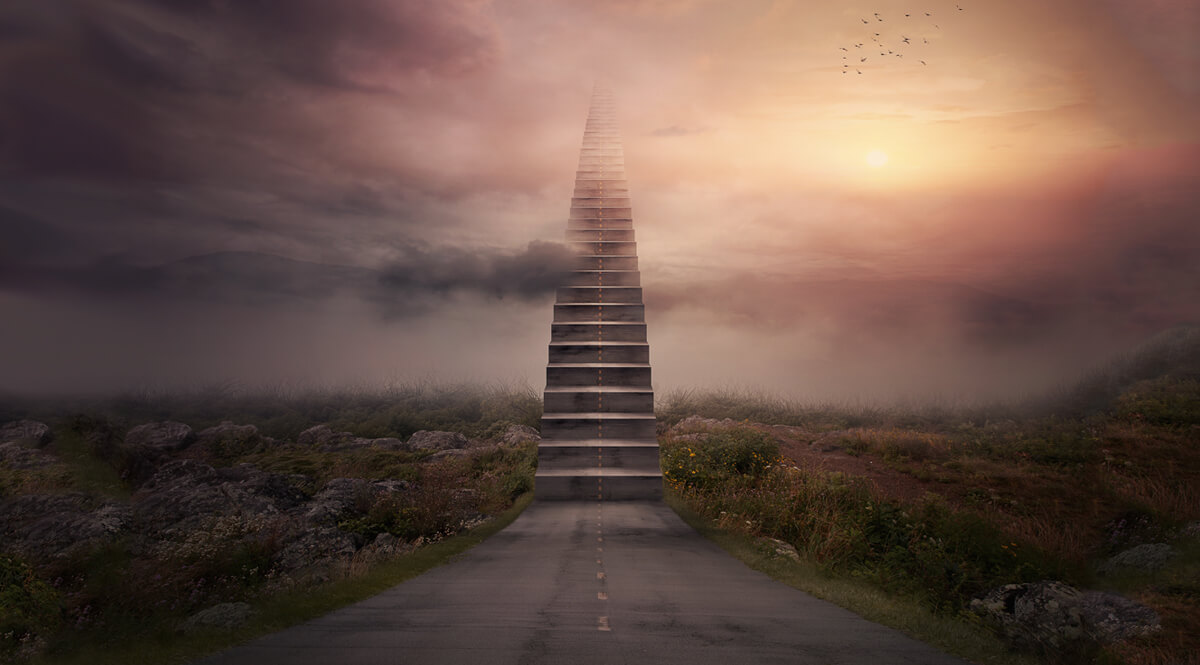 What did the first Christians believe about heaven? When they spoke of heaven, when they thought of it, what did they visualize? Was their concept of heaven the same as our own? I don’t think so. I’m not talking about the difference between Greek words and English words; I’m talking about how they (and we) conceive of heaven.

From as early as the 11th century, heaven seems to have been conceived of as a place. The dictionary says it’s the dwelling place of the Deity and the blessed dead. The operative word is place—heaven is a place. Was that how the first Christians thought of it?

One thing we need to consider right off is that the first Christians were quite familiar with the Hebrew Scriptures. The Hebrew word used for heaven meant, simply, the sky—the place of clouds, where birds fly and, even higher, glow the stars of the night. So, in Hebrew thought, the word was not so much a place as a direction: Up. And we now know that people on the other side of the planet, pointing up, are pointing in the opposite of what you and I would be doing.

So, going a step further, it isn’t even a direction. It seems, in fact, to be every place but earth. All of us here on earth are under the heavens, under the skies. And thus heaven, at least in this case, is not exactly a delimited place. But all I am asking here is not what the facts of heaven are, but what the first Christians believed about it. They were all familiar with how the story began, so let’s begin by taking another look at Genesis, chapter 1.