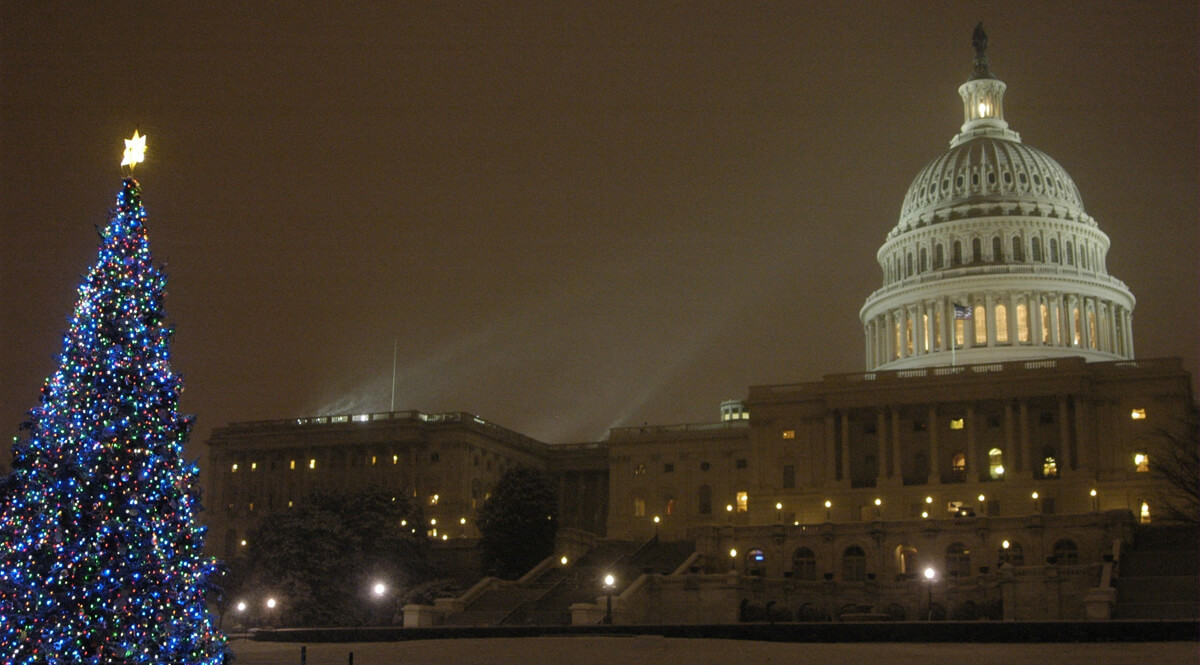 I am beginning to think that Americans, along with losing their Christmas spirit—whatever that is—are also losing their sense of humor. A law school in Indiana removed a Christmas tree from its atrium because of complaints. Some folks felt that the tree made them feel excluded. Now apart from the fact that I haven’t a clue what that means, since when did everyone have to feel included in everything that goes on? I am absolutely amazed at how thin-skinned atheists are. They are offended by the very word, God. In the words of Shakespeare, Methinks milady protesteth overmuch.

I wouldn’t have thought so, but it is beginning to appear that atheists are insecure in their beliefs. They seem to fear, if not God, the idea of God. The law school replaced the Christmas tree with two evergreen looking trees, fake snow and a sled. One of the trees has lights in it. Now there’s an idea. We take down the Christmas tree and we put up an evergreen tree, hang lights, tinsel, colored balls on it, put snow around the base and call it a…tree…for decoration. What’s funny about this is that the Supreme Court has ruled that Christmas trees are legal. They ruled that: The Christmas tree, unlike the menorah, is not itself a religious symbol. Although Christmas trees once carried religious connotations, today they typify the secular celebration of Christmas.

I submit this as exhibit one to demonstrate that we are losing our sense of the ridiculous. One, that the Supreme court of the land should be wasting time on issues like this. Two, did no one notice that Christmas is another form of Christ and Mass. Christ being the God of the Christian faith, and Mass a purely religious ceremony. And yet the Christmas tree is not a religious symbol. Well, I agree that it really is not, but it is hard to call it a Christmas tree and utterly ignore the meaning of the word. How is it that the constitution does not permit a display of the Ten Commandments in the atrium of a courthouse, but will permit the display of a Christmas tree. Not only at the courthouse. We have a National Christmas Tree on the grounds at the White House. What is the real reason why we can have one and not have the other, and what is the holiday all about?