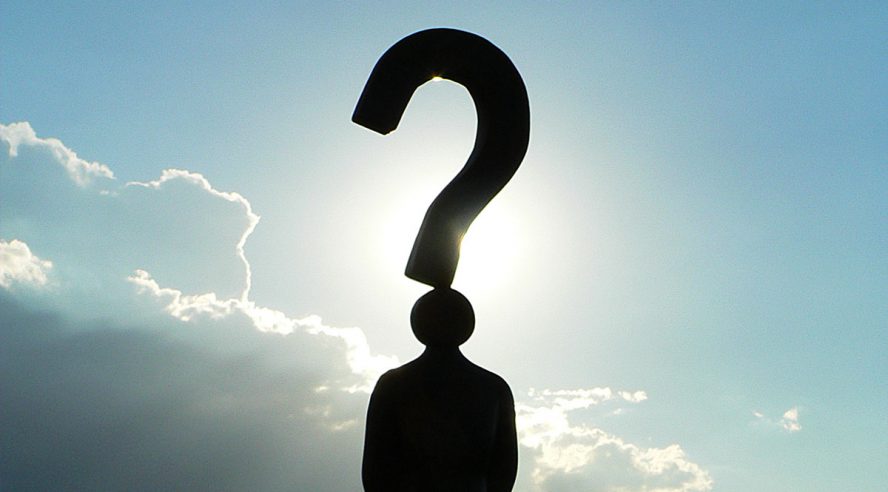 Where did you get your beliefs?

Can you remember your first ideas about God, or how old you were when you first became aware of the existence of God? Maybe you remember praying as a child. Do you recall who or what you were praying to?

Probably from the very earliest times, you thought of God in some way as a father—this in spite of the child’s prayer that begins, “Now I lay me down to sleep; I pray the Lord my soul to keep.” We start out with some benevolent “Lord” who is somewhere else, but has the power to “keep” our soul—whatever that is. The child’s prayer goes on with a cheerful thought: “If I should die before I wake, I pray the Lord my soul to take.” I wonder who thought that one up?

If you are like most people, somewhere along the way you began to develop a simple child’s theology. God was all powerful. God was everywhere. God knows what you are doing and thinking. God will punish you if you do wrong (which you do most of the time). God will reward you if you do good. God judges you on some scale of good and evil, and perhaps you can offset some bad things you do with some good things. And, of course, God does not like it if you have a good time.

It is an interesting exercise to sit down with a pad and pencil and sketch out what you can recall of your very earliest beliefs about God and religion. Chances are, you will be able to recall generalities about your early beliefs, but very little about how you came to them.

Even though you will remember few specifics about your early beliefs, it is no mystery where you got them. You heard things. You asked questions. You got answers or non-answers, and you began, as naturally as you breathe, to sort and compare all the things you heard and to form them into your own belief system.

Most of us come of age with a set of beliefs which we have never critically examined. They may reflect the religion of our parents, or they may be a reaction against that religion. Rarely are they the result of study and reflection. Imagine the difficulty then, when something comes along that conflicts with those beliefs. Take heaven and hell, for example. If you are like me, you grew up believing that bad people go to hell when they die and good people go to heaven. I know precisely where I got that belief. I got it from the Baptist Church on East Walters Street in Harrison, Arkansas. It was reinforced in a Pentecostal brush arbor meeting on a dirt road somewhere south of town.

I was much too young at the time to be swayed by theological arguments and lengthy expositions of Holy Writ—even if they had been offered. They were not. But when the preacher got up there and talked in the most graphic terms about burning forever, he scared me to death. I had burned myself once or twice, and it hurt like hell—I mean, it hurt like hell is supposed to hurt.

The idea of burning all over took root in my vivid imagination, and persuaded me that I wanted to be baptized because baptized people didn’t go to hell—at least according to the preacher. So I walked down the aisle, “gave my hand to the preacher and my heart to the Lord,” and got baptized. I was nine years old.

Funny thing about it is that I don’t think my belief in hell (or my baptism) changed the way I lived one whit—and there’s the rub. Our inherited belief systems grew up with us, and along the way they were adjusted to suit our way of life. I believed that bad people went to hell, but I was not a bad person, so why worry.

What will you do in heaven?

And then there is heaven. I don’t think the preachers have thought this one through. Ask them what we are going to do in heaven and they will tell you that we will walk on streets of gold, dine on milk and honey, play harps, and look into the Master’s face.

Heaven seems mostly in what is not there. There will be no more sorrow, no more tears, no more pain. And since the interesting people have all gone to hell, there won’t be much scintillating conversation either. Mind you, I am talking about what we hear about heaven from a lot of preachers. I fear that I grew up thinking that heaven would be boring. I suspect the preachers had the same thought, because their best shot at getting me in church was fear of hell. They played that card nearly every Sunday.

As long as we stay out of the Bible and our lives seem to work, we can go on for years believing what we believe. But when things start going bad, or when we stick our noses into the Bible—which often happens at the same time—we may have some surprises in store.

Consider the dilemma presented by the funeral of an “unchurched” loved one. If you are the preacher at a time like this, what do you say? Do you acknowledge, right in front of his survivors, that even as we speak, poor old Uncle Bill is roasting in hell? As a minister, you are expected to give comfort to the family at a funeral, and it is not especially comforting to visualize the old boy in some version of Dante’s Inferno. (I was fascinated by the picture that showed feet sticking up out of steaming holes in the ground).

The fact is that many in Uncle Bill’s “Christian” family believe that when he breathed his last, his next moment of consciousness found him in the presence of the great archdemon himself being assigned to his own special torment—forever.

And forever is a long time. Preachers are fond of thinking up new ways of expressing how long eternity will last. My favorite was the story about the mountain of granite one mile high and one mile in diameter at the base. Only once a year, the story goes, a tiny sparrow flies to the peak of the mountain and proceeds to sharpen his beak. When the sparrow has finally worn down that mountain to a pebble you can hold in your hand, one day of eternity will have passed. At least that is what I heard in some tent camp revival meeting.

My problem came when I reflected on my own Uncle Bill, and Fred, and Luther, and Leonard (we usually assume that aunts are saintly). As far as I know, none of them were members of any church—they surely weren’t active. They were known to take a drink from time to time, and their vocabulary was adequate for almost any frustration known to man. Yet they were generous, good hearted, harmless, kind men. Maybe they deserved a day in hell for their sins. Maybe even a month.

What will you do in hell?

But the idea of a million years of torture offended my sense of justice. And so, since the idea of hell was presented as though it came from the Bible, I had nowhere to go but the Bible if I wanted an answer. When I got there, I found that the Bible did not say what I thought it said. Oh there would be fire all right, but it will burn the wicked to ashes and the righteous will tread the ashes under-foot (Malachi 4:1-3). I found that there really is a hell fire, and even if it continued forever, the people who are put in hell die there and are burned to ashes.

Can anyone really know God?

Over the years the Bible has forced a lot of changes in my inherited theology. I am particularly grateful for a short passage found in the prophet Jeremiah:

If it were not for these words, I might despair of ever coming to know God. But I can know him. I cannot only know him, I can glory in knowing him.

Yet I have come to see that knowing God is the work of a lifetime. Childhood assumptions about the nature of God and the demands of God will not hold. Nor will the assurances of preachers any more. I have found them wrong too often.

Most of us carry a set of synthetic beliefs through life—that is, we have synthesized a set of beliefs from things we have heard and things we have experienced. Over time, we modify those beliefs so they fit better. But while a synthetic faith may be adequate to serve a synthetic God in a synthetic world, it does not wear well in real life.

A real faith can only be found in coming to know the real God on his terms. The only way to know him is by going to the source.

Read your Bible, but watch out for your assumptions. We all tend to see what we expect to see. If you expect Christians to go to heaven when they die, you may read right over Matthew 5:5 without grasping what Jesus really said: “Blessed are the meek, for they shall inherit the earth.”

If your mind is made up that man has an immortal soul, you may miss Ecclesiastes 9:5 altogether: “For the living know that they shall die: but the dead know not anything.”

If you are out of touch with your Bible, a good place to start is with two New Testament Books: Matthew and John. Read through them carefully—as you think a non-Christian might read them. For a person with no faith and no knowledge of God, Matthew, Mark, Luke, and John are witnesses of the work of a man named Jesus who came to tell us about God. The testimony of these men is the ground of all Christian faith.

If you have questions or if we can help you in your study, don’t hesitate to get in touch. You may want to begin your journey with a FREE study titled, Why Study the Bible?, or CDs and other studies on topics of interest to you right now. Contact us and let us know what you need and we will see how we can help.