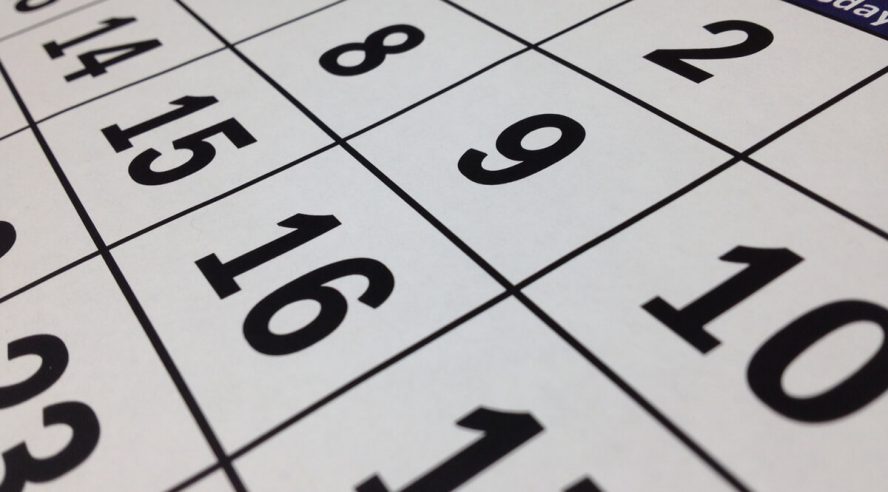 We have long taken special interest in those eight scriptures that speak of the “first day of the week”. We have made the point that if authority for Sunday observance is to be found anywhere in the Bible, it should be in one or more of these texts. There are two things that these verses have in common, and that have generally gone without comment: (1) All of them are at the passover season; (2) in all but one of them, the word translated “week” is the plural of the word sabbaton—elsewhere translated “Sabbath”.

Technically speaking, there is no word for “week” in the Greek New Testament—the only way the concept is expressed is in using the word “Sabbath”. Since the Sabbath is the seventh day, then the very idea of “week” grows from the Sabbath cycle. Although the translation “week” makes sense in some contexts (as in Luke 18:12), it should not be forgotten that the word written was “Sabbath”. In this case it is genitive singular, and although it is awkward in English, it could be rendered “I fast twice of the Sabbath” (not on the Sabbath).

What has always puzzled me about the texts in question is the use of the plural form form “Sabbaths” for a singular concept “week”. The question is not clarified by the fact that there is a singular “Sabbath” which is also translated “week”. How would one express the idea of “weeks”?

Lexical studies tell us simply that the plural “sabbaths” is used of a single sabbath with little explanation. But it seems to me that, idiomatically, the writers of the New Testament made a distinction in the use of the singular and plural. While a translation from a Greek plural to an English singular may read better for a particular text, the distinction is still there. a study of the texts will show that, although the construction may be awkward in English, each text makes perfect sense if plurals are retained.

Why do New Testament writers use the plural when the singular would seem to fit as well? There are at least two possibilities. First, the plural was intended. Matthew 12:1 could be describing, not a particular Sabbath day, but a common occurrence for this time of year. Whenever Jesus and His disciples went through the fields on the Sabbath days, they were accustomed to gather a little to eat as they went.

Second, the writer may be speaking of the Sabbath as an institution as in Matthew 12:11. The Sabbath days (plural) are an institution (singular). Hence the plural in the Greek translates more smoothly into the singular.

All but two of the texts in question refer to the same day—the Sunday after the death, burial, and resurrection of Christ. The fact that they refer to the first day of the week at all is worthy of remark—which is probably why protestants take so much stock in them. These are also the only incidents in the New Testament where a “day of the week” is referred to at all. The word “day” is absent from the Greek in all these cases, and is included in the English as understood by the context.

Why do the writers refer refer to this day as “first of the Sabbaths”, when they could have, and usually did, say “the next day”, or “the day after the Sabbath”.p>

The passages in the gospel accounts can easily be translated by some variant of “the first day of the weeks”. The day was, in fact, the day of the wave sheaf, the first day of a seven week cycle. It was, quite literally, the first day of the seven weeks. In the words of Edersheim, “The ‘feast of unleavened bread’ may be said not to have quite passed till fifty days after its commencement, when it merged in that of Pentecost, or ‘of weeks’….Accordingly the days before Pentecost were always reckoned as the first, second, third, etc., since the presentation of the omer [the wave sheaf]. Thus Maimonedes beautifully observes: ‘Just as one who is expecting the most faithful of his friends is wont to count the days and hours to his arrival, so we also count from the omer of the day of our Exodus from Egypt to that of the giving of the law, which was the object of our exodus….” (Edersheim, “The Temple, Its Ministry and Services in the Time of Jesus Christ”, p.225,226.)

There are two words translated as “first” in the New Testament: protos and mia (from eis). protos is used for the first in a series and is the word used for the “first day of unleavened bread”. mia is the ordinal number “one”, with a slightly different emphasis. It is the word you would use in counting. So, the passage in Matthew 28:1 could read, “as it began to dawn on [day] one of the weeks”.

Evidence of this counting of the days and Sabbaths is found in Luke 6:1, “And it came to pass on the second sabbath after the first, that he went through the corn fields; and his disciples plucked the ears of corn, and did eat, rubbing them in their hands.” This could have been the second of the seven Sabbaths leading to Pentecost.

This is of particular interest relative to 1 Corinthians 16:2, “Upon the first day of the week [weeks] let every one of you lay by him in store, as God hath prospered him, that there be no gatherings when I come.” This letter was written at the Passover season, and the phrase can read, “every first day of the weeks” or “upon day one of the weeks”. The timing of the letter places it during the spring harvest. It was the perfect time to be preparing a shipment of food for Jerusalem famine relief.

The last of the references to be considered is Acts 20:7. The season is once again the time of the spring harvest, and Pentecost is just ahead (verse 16). The passage could be rendered, “And on the first of the Sabbaths”, but it is so close to the phrasing of the four gospels, that we are inclined to use “the first day of the weeks” again. The problem is with the timing. Luke states that they sailed away from PhilippI after the days of unleavened bread, sailed five days, and stayed seven days in Troas before the day in question. With this rendering, this could not have been the day of the wave sheaf offering. However, if the preposition meta is rendered “with”, the passage could read, “We sailed away from Philippi with the days of unleavened bread.” Then there is room for “the first day of the weeks”.