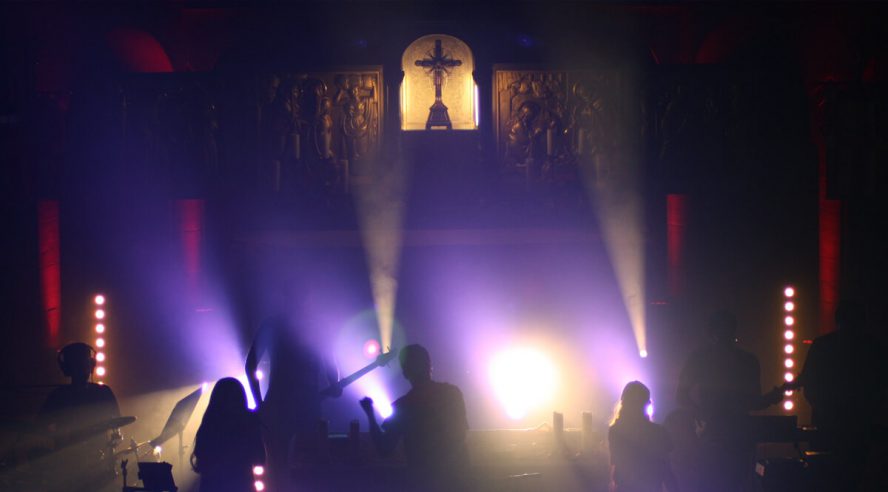 Maybe I shouldn’t be so critical of contemporary church music. After all, even Johann Sebastian Bach was reprimanded by his pastor for his “modern music”. Bach was criticized, not because his music was bad, but because it was too modern for the taste of his congregation. He was not the only church musician of his day who was not appreciated. A lot of them really were bad. Their music quite properly faded into oblivion. Those works we have left of classical church music are the survivors—music that has lasted because it is truly great.

Much of the music written in any generation is not very good. It will be heard once or twice and then pass from the scene. The same thing was true when Bach was composing. The problem seems to arise when performers and composers fail to realize this and continue to present mediocrity as though it were a masterpiece. Not long ago, I bought a recording of some choral works for inspirational listening. It combined some old standards with a few new compositions. It was an ambitious work, and the producers were lavish in the use of violins, French horns, and tympani. The arrangements were lush, dramatic, and colorful. Unfortunately, you still can’t make a silk purse of a sow’s ear. The more production values you put into a poor composition the more pretentious it sounds. The same values put into “Amazing Grace” can stand your hair on end.

There is no definitive standard of church music. It is plain from nature that God delights in diversity. There is great music in all the idioms: classical, traditional, gospel, folk, even contemporary. Contemporary Church music is at the greatest disadvantage because it has not yet gone through the winnowing of time. There is more chaff than wheat. It is easy to say they don’t write them like they used to, but there were just as many bad hymns a hundred years ago as there are today. Mercifully, all we sing are the ones that lasted.

I have ultimately come to the conclusion that it is not that I don’t like contemporary church music. It is mediocre church music I can do without.

The mediocre performer is another matter entirely. Not every church can boast a George Beverly Shea, but every church can hope for special music to add a dimension to services. And everyone who brings music to the church must be sure they do their best. Israel of old was warned not to bring a blemished or lame animal to offer in sacrifice to God. Should the church offer a shallow hymn, poorly sung, as an offering of praise? Poorly prepared special music is not a worthy gift. Any gift we give to God should cost us something. It is not that we need to do the kind of job a professional might do, but we must give something of ourselves in preparation. One need not be a five-star chef to make sure the toast doesn’t burn. Holy shoddiness is still shoddy.

If you must use tape recorded accompaniment, at least be sure your tape recorder has fresh batteries and that the tape is properly cued up. Don’t embarrass the congregation by fumbling around with the recorder in front of them.

There are some things to think about in planning church music. First, pay attention to associations. Music is evocative. It calls forth feelings, memories, associations. Take, for example, a familiar tune like “Down by the Old Mill Stream”. Stop and sing a few bars. What does it make you think of? How do you feel when you sing it? What do you visualize?

Now consider taking the words of a psalm and setting them to that tune. After all, it is a beautiful melody, great for singing along, and should be a popular addition to any hymnal. The problem is the song already has an identity. Its associations are all of romance along the banks of a quiet, tree-shaded stream. To put different words to it is to do violence to a work of art, while adding a distraction to a worship service.

So it is with some of the nicest of the modern love songs which some have adapted to religious words. Something is not quite right about singing romantic love songs to Jesus Christ.

But the problem is not limited to love songs. Someone took the hit song “My Way” and changed the words to “His Way”. The problem is that the music to “My Way” was composed at a setting for a defiant, self-reliant message. The song is already well known and many associations are in place. Now we take the song and try to convey a message of relying on God instead of on the self. It just doesn’t work. Even in the altered version, the pronoun “I” is still dominant.

The objective of church music is worship. One of the great means of injecting feeling into knowledge is poetry and music. We must somehow get beyond the intellect. Music and poetry give us the vehicle to do just that. Music is a powerful influence in worship. It says things that can be said no other way. It can complement, enhance, motivate. A hymn properly chosen can set the mood for services or for a sermon. The right hymn after a sermon can help drive home the point or it can distract. The closing hymn can actually help us reflect on the sermon and give us time to digest it. The song service ideally should have the same orientation as the sermon. Song leaders should give considerable thought to the selection of hymns—especially closing hymns.

Worship seeks to honor God, not man. It is a short step in a music ministry from participation to performance. We live in a performance-oriented culture. It is plain to see that the churches have not been unaffected by this. It is easy for those who worship in music to emulate those who get the greatest applause. When this begins to happen, music can become a burden instead of a blessing. Music should serve to enhance our worship, not to dominate it.

Would you believe that church music can even serve to divide a church? Consider the possibility of someone transferring from one church to another. In their old church they were accustomed to lively, even spirited music. In their new church, they want the brethren to join hands and sway back and forth as they sing a special song. Their friends in the new church, who don’t feel comfortable doing this, are judged to be stuffy. And yet they may be living out their Christianity as well as anyone.

Church music is like anything else we do—it can be a blessing or a burden. Sometimes the difference between the two involves nothing more than a little thought and consideration.