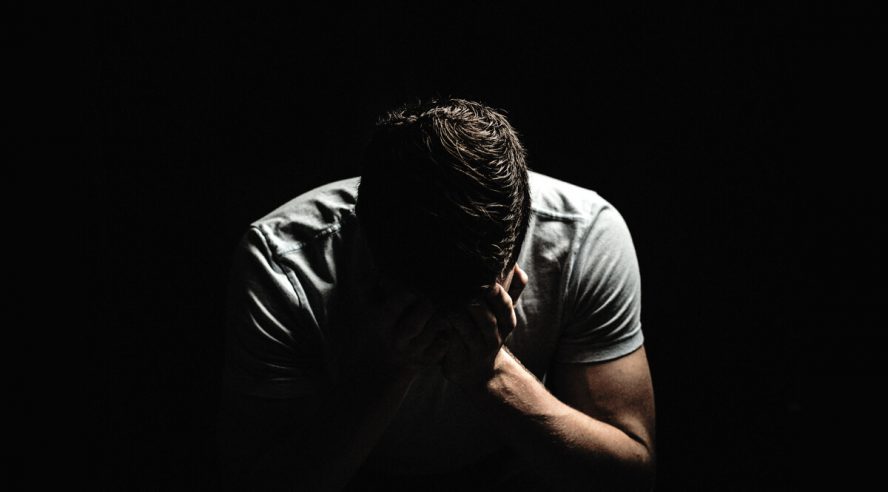 And straightway the father of the child cried out, and said with tears, Lord, I believe; help thou mine unbelief.

Jennifer’s husband was going into the hospital on Monday for open heart surgery. He was a little young to be having heart problems, but the surgeon said that his youth was in his favor. There were risks, of course, but they did this surgery several times a week at this hospital. They were good at it.

Jennifer worried anyway. She allowed she was a professional worrier, and she was good at it. She could construct more scenarios of what could go wrong than the doctors could find in the medical journals.

She had prayed about the operation every day since Mike had come home with the bad news. She supposed he prayed about it too. He was reasonably calm about it all. If she hadn’t known him as well as she did, she might not have suspected what was going on inside. She prayed about that too.

What was bothering her tonight was why she didn’t feel more confident. It wasn’t that she didn’t trust God. It was just that she didn’t know what He might have in mind—it might be something very different from what she wanted. She would pray, thy will be done, but she wasn’t all that sure about it.

The night he went into the hospital, she prayed before she went to bed and then prayed in bed, but sleep wouldn’t come. I wonder if he has paid up his life insurance, she thought. She got up and went to his desk and turned on the light. A little rummaging through files and check registers put her mind to rest on that and she went back to bed and turned off the light. Still no sleep.

What will I tell his mother if something goes wrong, was the next line of thought. She played out a little scenario in her mind of the conversation with Mike’s mother. She revised it several times.

I suppose I will sell the house, was the next thought. His insurance will pay the mortgage, but I won’t want to live here alone. Maybe I can move to Austin and be near Mike Jr. and Sue. That would be nice.

Good grief, she thought. Next thing I know, I will be planning the funeral…so she did that too.

She finally fell asleep sometime after three, and felt perfectly rotten when she went to the hospital the next morning. Mike looked rested—they had given him a sleeping pill the night before. How, she wondered, can this be called faith.

The best we can say for Jennifer’s faith is that it is an anxious faith. It is a long way from outright unbelief, but it isn’t outright faith either. A lot of us are like that. We believe, or perhaps we want to believe, but unbelief is never far away. It lurks in the form of anxiety.

Is faith a choice that we can make? Or is it a gift that God either gives or doesn’t give? There are those who believe that faith comes as a spiritual gift and that there is nothing we can do to work it up. They cite Paul:

For by grace are ye saved through faith; and that not of yourselves: it is the gift of God: Not of works, lest any man should boast.

So faith comes as a gift from God. But does this mean we have nothing to do with our own faith? Surely if the faith that is in us is not of works then we cannot be blamed for not having faith, can we? Intuitively, we know this cannot be right.

On one occasion, two blind men followed Jesus along the road crying out at every step, Thou son of David, have mercy on us. How far they followed Him is not known, but when he finally got where he was going, they came to him begging to be healed. Jesus asked them, Do you believe that I am able to do this? They said, Yes, Lord. Jesus reached out and touched their eyes saying, According to your faith be it unto you (Matthew 9:29). Their eyes were immediately opened.

Whose faith was this? Jesus said, According to your faith. The entire issue hung on one question, Do you believe that I am able to do this? Jesus knew that he could do it. It was not a question of what He believed, but what they believed. What would have happened if they had not believed?

Jesus expected, even demanded, faith from His disciples. On another occasion, as He approached a crowd of people, a man broke from the group and ran and fell at His feet. Lord, have mercy on my son, he cried. It seems his boy had seizures that would cause him to fall into the water or even into the fire. I brought him to your disciples, he continued, but they could not cure him (Matthew 17:14–20).

Jesus response was acrid, O faithless and perverse generation, how long shall I be with you? He called the child over, cast out the demon that caused the seizures and sent them on their way. The disciples knew the rebuke was for them and came and asked, Why could not we cast him out? Jesus replied, Because of your unbelief: for verily I say unto you, If ye have faith as a grain of mustard seed, ye shall say unto this mountain, Remove hence to yonder place; and it shall remove; and nothing shall be impossible unto you.

This latter expression is, of course, a figure of speech. Most of us are far less interested in moving mountains than we are in getting rid of pain and avoiding death. What Jesus is saying is that faith in the smallest degree can accomplish great things.

In Mark’s account of this, Jesus told the man, If thou can believe, all things are possible to him that believeth. And the poor man replied: Lord, I believe; help thou mine unbelief.

I can’t help wondering if one reason we have so little faith is because we are afraid to believe. It is a little scary to lie awake and think about how wonderful life will be when our prayers are answered. After all, maybe they won’t be answered. The feeling resembles the uneasiness we experience when things are going too well. It’s just too good to last, we tell ourselves.

We have a lot of practice at unbelief. We don’t believe we deserve anything, so we don’t ask for it. We ask for things, but we don’t expect anything because it is obviously too good for the likes of us. We forget the promises of Jesus, Fear not, little flock; for it is your Father’s good pleasure to give you the kingdom (Luke 12:32). It has nothing to do with what we deserve—It has everything to do with our Father’s good pleasure.

He demands of us but one thing: trust. We can call it faith, belief, or persuasion, but it involves a simple trust in God. He wants us to believe what He says, trust Him to keep his word, and do what He tells us to do. It is a choice well within our grasp, and we cannot come to God without it:

Without faith it is impossible to please him: for he that cometh to God must believe that he is, and that he is a rewarder of them that diligently seek him.

How does faith come, and how does it go? There is a short passage in Romans that tells us how it comes:

Faith is built brick by brick. It is torn down in much the same way. Our problem is that we spend more time tearing it down than in building it up.

In the belief system of many Christians there is a kind of fatalistic determinism. Whatever will be will be, we think; it doesn’t make any difference what I do about it—it is out of my hands. The fact is, it is easier to believe that faith is not in our control, for then we are not responsible for the fact that we don’t have any. We can’t help worrying, so it is pointless to try not to worry.

But in fact we do not have to be anxious, to worry. If it were not in our control, Jesus would not have said what he did in the sermon on the mount:

It would be idle for Jesus to tell us not to be anxious, if it were not within our control. Yet this entire section, to the end of the chapter is about anxiety, and Jesus’ conclusion of the thought is, Therefore do not be anxious about tomorrow, for tomorrow will be anxious for itself. Let the day’s own trouble be sufficient for the day (verse 34, RSV).

Anxiety, the persistent nagging worry about things, the mental role playing of future disasters, expecting the worst from people and events, this is what tears down faith.

Do you suppose that there might be something to this power of positive thinking stuff after all? I can’t help recalling Paul’s words to the Philippians:

Rejoice in the Lord alway: and again I say, Rejoice…Be careful [anxious] for nothing; but in every thing by prayer and supplication with thanksgiving let your requests be made known unto God. And the peace of God, which passeth all understanding, shall keep your hearts and minds through Christ Jesus.

This comes close to saying don’t worry, be happy. Do we have a choice? How do we do that?

All Paul told the Philippians was this:

It seems we really do have the capacity, the right, even the responsibility to decide what we are going to think about. And that decision has more to do with faith than we have ever imagined.

We have a lifetime of practice at destructive thought. We will not turn our lives around overnight with positive thinking. But brick by brick, we can build faith instead of tearing it down. It is not only within our grasp, it is demanded of us.